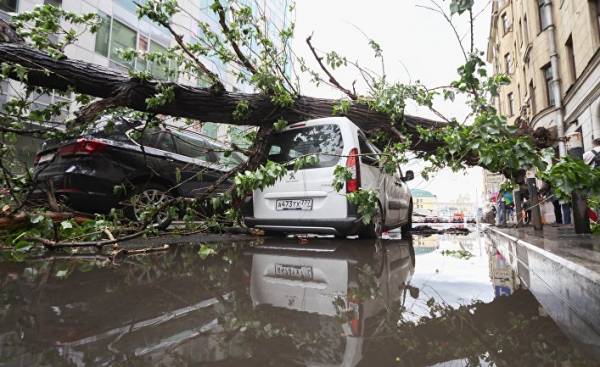 On Monday in Moscow there was the strongest hurricane in a hundred years. At least 16 people were killed and more than 200 injured, according to Russian authorities. Journalist Svenska Dagbladet Maria Georgieva sends a report from the city where it was damaged more than 240 buildings and two thousand vehicles.

Moscow — Donskoy district, near the centre of Moscow, a car crushed by a fallen tree. They still are part of the tree.
A day after a powerful storm hit Moscow, the city of sunshine and blowing wind. A huge contrast with the picture could be seen Monday afternoon, when gusts of wind reached 28-39 meters per second.

For Tuesday the death toll has reached 16 people. More than 200 people, including 22 children, are still in hospitals. Eight people are now in critical condition, according to the Ministry of emergency situations. According to the mayor of Moscow Sergey Sobyanin, the families of the victims will be paid compensation of one million rubles.

The hurricane demolished almost everything in its path leaving behind devastation. Road signs flew in the air, and on the construction site in the centre of Moscow the crane fell. People tried to hide at bus stops, protecting the eyes from flying gravel.

The hurricane has damaged the seven historically important tombs in the Donskoy monastery. 20 people working trying to remove the fallen from the monastery trees.

“Trees uprooted. Only in the don area felled 56 trees,” said worker Bakhtiar, pointing to one of the fallen trees. 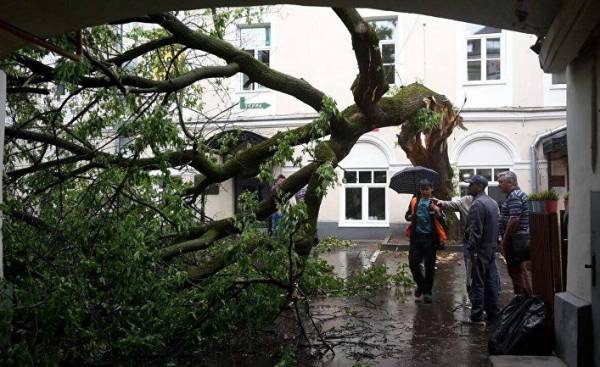 One of the supervisors, Sergey Moshkin, working on harvesting trees from Monday evening.

“The guys are doing their job. The authorities are doing what you can, and you have to be realistic — it can happen again”, — says Sergey.

Clean up operations in Moscow were active all night and Tuesday morning. It is reported that fallen to 14 thousand trees, more than 200 homes damaged, suffered even the roof of the Kremlin. More than 35 thousand workers and 4.5 million vehicles are involved in cleaning, passed by the state media.

Moscow residents suffered greatly from the weather. Journalists SvD visited the hospital in the center of Moscow, where in different departments, including trauma, are the people affected by the hurricane, but us to them is not allowed. The press service of the hospitals reported that only the Ministry of health answers questions from the media, and when we asked the Ministry of health, his press service said that the victims are not ready to meet journalists.

But outside the hospital people go to work as usual. This could be the usual warm spring day.

Everyone we’re talking about the hurricane, told that he came down suddenly. An employee of the clothing store one morning, Parenti talks about all the chaos. They with a colleague helped a woman on the street to hide from the storm.

“A hurricane came unexpectedly. It started to rain and the wind broke out the Windows. We literally dragged a woman to the store. If we didn’t, it would kill a window”, — says Lyudmila, Pacenti.

Another witness from another part of Moscow says he saw how people were running like hell down the street away from their offices.

“Suddenly the sky changed color. I saw trees fall, they are crushed by cars, according to my colleagues. I was scared to death,” says Sergey Tishin, whose office is located near the center of Moscow.

According to him, he was lucky that he was under the roof. He says he was surprised by the rapid reaction of the authorities, who immediately began harvesting. 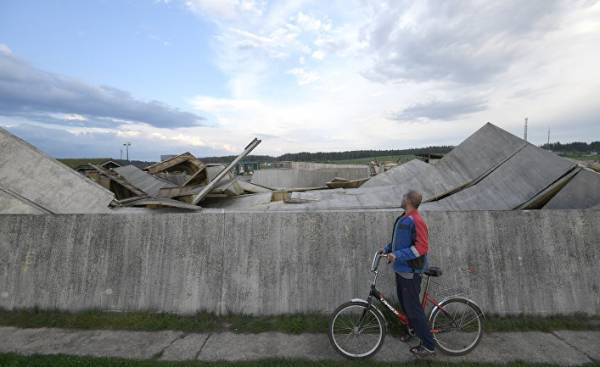 © RIA Novosti, Maxim Aminopyralid Alexander Golod, destroyed by a hurricane in the Istra district of Moscow region. 29 may 2017

“Just a few hours a lot has already been removed. Of course I feel safe, but here in Russia, we have no guarantees. The authorities usually warn you by sending SMS if there is a risk of the slightest storm, but this time they did not. Of course, people will receive compensation, but many are not insured and cannot pay for treatment.”

He believes that all may be repeated: “It’s the weather, the temperature rises and then falls, to protect themselves from bad weather impossible.”