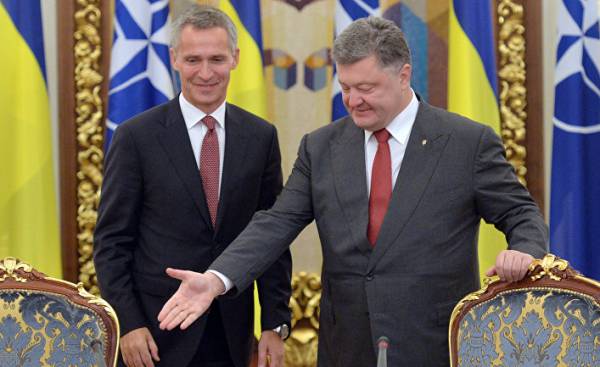 It is critical that all our citizens — especially young people growing up in peacetime — understand what NATO is and what we do. Our future success depends on understanding our citizens the key role of NATO in ensuring our security, which is the base of our prosperity. We continue to remain fully transparent and proactive in explaining to the outside world, our fundamental work.

Among published in the journal Stratfor in September 2012 observations were also Sizzling and accurate comment about the fact that “NATO just didn’t notice it is generated by a hurricane and not worry about it” in that moment, when the war started in Libya in March last year and it was regrettable that the propaganda campaign of the US Alliance-NATO has been so successful. And its purpose was to convince the world that its noisy military operation in Libya was a successful intervention aimed at peace and stability.

According to the headquarters of the North Atlantic Treaty Organization, “its two official languages are English and French”, although a separate press release in other languages that in some situations is pragmatic and intuitive approach. But when the official statement of NATO we are talking about “speech NATO Secretary General at the European Parliament”, and this important event is reportedly the world in English, French and Ukrainian languages, we should ask: why the last one was deemed necessary, and not, say, German, Spanish or Turkish?

Equally intriguing it seems that the official statement about the visit to the headquarters of NATO Minister of defence, General James Mattis on 15 February was published on the same three languages. The question arises: how many Ukrainians were involved in the visit of General Mattis (we all know his disgusting statement about the “big fun to shoot some people”) and what reasons were behind the choice of languages?

Ukraine is not a member of the military Alliance, US-NATO, which was created in 1949 to “preserve peace, common heritage and civilization of their peoples, founded on the principles of democracy, individual liberty and the rule of law”, and it was assumed that the organization will focus on “maintaining stability and prosperity in the North Atlantic region”. Ukraine is not in close proximity to the North Atlantic (the distance from Kiev to Brest is 3 thousand kilometers), it is not a member of the European Union, and is unlikely to be accepted into this organization for quite fundamental reasons. In 2016 this country an attempt was made to revive and extend the Association Agreement with the European Union from 2014, but it was blocked by the Dutch, who feared and still fear of military consequences if the European Union will be embroiled in a relationship with such a regime.

The Netherlands held a national referendum to resolve the question of whether the EU to have closer Association with Ukraine, and the vast majority of people voted against the proposed project. There is no doubt that the same would be the result in other European countries if the citizens were allowed to vote on this issue. The Guardian newspaper reported that “in an attempt to allay the fears of the Dutch, European leaders said that Ukraine as a result of signing the Association agreement will not be promised a membership in the European Union, nor any assistance from the European armies in the case of intervention” and the wise Dutch have nothing to do with this did not want to have — even though their own the Senate, like all politicians in the country, tries to ignore the opinion of its citizens.

Alliance US-NATO should not worry about such things as public opinion, when the decision in respect of Ukraine or some other places. Despite catastrophic in its consequences the war in Libya and Afghanistan, which brought the country to the social and economic chaos, NATO argues that “in times of uncertainty and unpredictability, a strong NATO Alliance is important as never before”, and this does not take into account the inconvenient fact that the intervention of NATO in Europe of the XXI century brings more instability than any other factor. This is especially noticeable in Ukraine, where NATO intervention has long-term character.

Ukraine is trying to create a positive image in the world, and in so doing, it helps the Western mainstream media which are highly selective misleading about what is happening in this country. In the headlines and in the news focuses on the rare examples of a positive development, but it is difficult to find realistic daily coverage of events, as this would be seen as supporting Russia. It is obvious that Washington is no place for objectivity when it comes to Russia, regardless of the facts and events. However, from time to time there is a forced recognition of the fact that Ukraine is far from Paradise where the happy people sense of eternal gratitude to the United States for the support of a coup of 2014, which toppled the government, and, in addition, sometimes there are sketchy reports about the real state of Affairs.

However, all is not as planned, the American coordinator of the coup of 2014, Ms. Victoria Nuland, who had to bring to power in Kiev a government that would do exactly what he wants the Pentagon and its local office in the headquarters of NATO in Brussels. There is a recording of her conversation with the US Ambassador to Ukraine in which she says: “following your phone call as Yatsu (Arseniy Yatsenyuk). And I’m glad you sort of put it on the place where it fits into the existing scenario.”

Intervention, intervention, intervention — and although their obedient tool in the machinations of Arseniy Yatsenyuk became Prime Minister, long at his post he could not resist, because he fought with another American favorite, with President Poroshenko, who, according to the BBC, “became the subject of an investigation… after the published leakage data were found information on it offshore companies in tax havens, using the Panamanian law firm Mossack Fonseca”.

In April 2016 on the website of Carnegie Europe, published a thoughtful article entitled “Fighting a culture of corruption in Ukraine” (Fighting a Culture of Corruption in Ukraine). Although it was dedicated mainly to the fact that it was bad before the coup, there was open talk about what is happening after the revolution violations. In the article, in particular, stated that, “according to held in 2015, the Kyiv international Institute of sociology survey, respondents named the Parliament of Ukraine the most corrupt institution in the country — in the opinion of 60.6 people surveyed, it is the center of corruption.” Wine was given to the previous government, but, at least, it was impossible to deny — even minor — the relevance of this issue.

A more realistic study was carried out by the portal the Business Anti-Corruption, which, in particular, it was noted that “public procurement in Ukraine are not transparent due to unclear regulations, monopolistic practices and non-proliferation at the state players of the requirements of transparency and competition. The Constitution says that the President is not allowed to perform any remunerated professional activity or to be members of the governing body or Supervisory Council, with the aim of making a profit. Nevertheless, President Poroshenko is the owner of the chocolate factory, the profits of which increased by 900% between 2013 and 2014 (information in March 2015), which indicates the presence of large-scale corruption and theft among high-ranking Ukrainian officials.”

For the West it was impossible not to notice in April, the resignation of the head of the Central Bank of Ukraine Valeria Gontareva, although it was not widely reported that she left at that moment, when he began to receive threats, including a coffin with a picture of her head, which was left in front of the main entrance to the Central office of the Bank. In American and European Newspapers published a short message about Ms. Gontareva “has criticized the government’s failure to prosecute the owners of private banks, which it accused of corruption and money laundering”, although, as noted by Reuters, herself, of course, blamed the fact that she is a “Russian puppet”.

Despite all the evidence that Ukraine is a corrupt chaos, and that many honest people in the civil service, ousted from their positions, an Alliance of US-NATO intends, to the maximum extent to support the country. The main goal is to make Ukraine a full member of NATO, and this way is prepared including the Deputy Secretary General of the Alliance, rose Gottemoeller (Rose Gottemoeller), which recently “reaffirmed the strong support of Ukraine by NATO”. However, she enthusiastically brought the “main provisions of the comprehensive Package of assistance to Ukraine by NATO, which will include more than 40 special support measures, as well as six different trust funds with millions of euros.” One can only hope that these funds are not kept in Panama.

However, it is hoped that the pragmatic German Chancellor Angela Merkel and French President Makron — in fact, Europe’s leaders will resist the steps of the Pentagon of Brussels, seeking to turn Ukraine into an anti-Russian military Alliance. Not to say that the Ukrainian armed forces are capable of many things (according to research by the Western military, Russia if it wanted to invade Ukraine in 2014, could take its entire territory from border to border, and it would require 20 to 50 days), however, there is a direct and obvious threat that American nuclear weapons will be located even further to the East. In establishing closer ties between Ukraine and NATO are interested in the people who want war, but sensible European leaders want peace, prosperity and an end to confrontation. 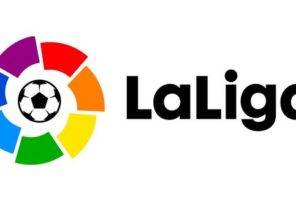