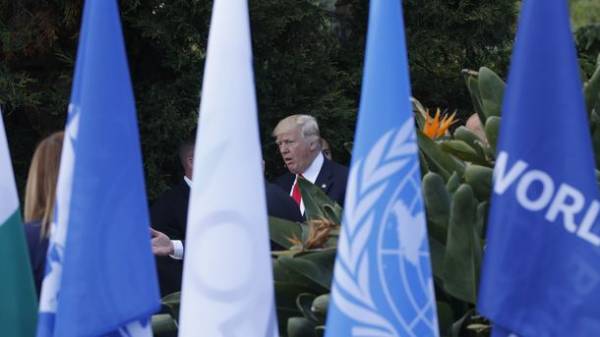 The leaders of the “Big seven” is still not found a common language on trade and the “Russian question”. About it reports Reuters referring to a source in the G7, reports TSN.

The sides can’t find common solutions, although it remains a few hours before the publication of their communiqué.

According to a source, diplomats have been unable to decide whether the communiqué include the obligation to fight against “protectionism” and data on separate threat from Russia, that against her should take additional measures.

In addition the source added that the dialogue on climate change was completed. The communiqué indicates that six of the seven countries are returning to the Paris agreement of 2015. In turn, the States gave more time for decision-making regarding its position.

By the way, talking about trade and the “Russian question” had to be completed on Saturday, may 27, in the second half of the day.

We will remind, earlier Poroshenko urged the countries “the Big seven” to act against Russia from a position of strength.