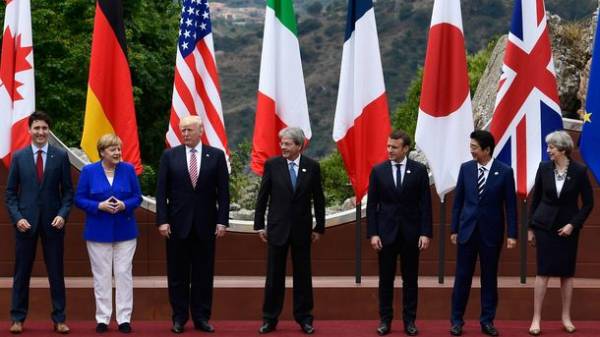 During the summit, which started today in the Italian city of Taormina, the leaders of Britain, Canada, France, Germany, Italy, Japan and the United States have reached agreement on the issue of combating terrorism and extremism, the TV channel “112 Ukraine” with reference to the BBC.

“The leaders of major industrial countries, the G7 countries have agreed new action to combat terrorism at the summit in Taormina, Sicily”, – stated in the message.

So, the US President and Prime Minister of great Britain Theresa may confirmed that they plan to increase production, including, after Brexit. Donald trump welcomed a vote in the UK out of the European Union.

It is worth noting that the G7 summit in the status of the heads of state first visit, Prime Minister Theresa may, US President Donald trump, Prime Minister of Italy Paolo Gentiloni and the President of France Emmanuel macron.

As previously reported, also, in particular, the Summit participants are to discuss developments in Syria and North Korea.