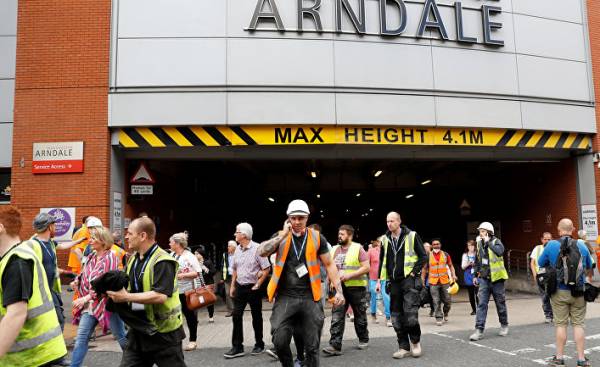 The Manchester Arena is still lie the remains of the dead children, but the European Union did not think how to stop the how to prevent a new European bloodbath. European officials more concerned with angry statuses on Twitter and Facebook.

Media controlled by Marxists, and without hesitation shoved in your face are the bodies of young Syrians to have in your heart born of compassion and, most importantly, guilt. But children who die in European subways, on the streets, in restaurants or stadiums, the media will not show. As if these children do not deserve your compassion. Maybe the journalistic elite are afraid of talking about wine?

While tolerant society from the stars to journalists expresses its shock, while ordinary guys in overalls and, most likely, really in shock, piece by piece gather into sacks what remained of someone’s children in the European Union, finally began to act. So the EU reacted to the bloody attack of the suicide bomber in the UK.

You already feel safer, isn’t it?

How it will look in practice, have been able to see a British commentator Katie Hopkins (Katie Hopkins), which in connection with the 22 killed in Manchester wrote on Twitter about the need for a “final solution”. Very much doubt that Hopkins was referring to ethnic murder, but in this she was charged. And yet in the UK, there is the highest threat level, and the army patrolling the streets, the Metropolitan police said that Twitter already does Katie.

If you as a commentator with a modicum radical, you already do, but if you are completely stupid, then nothing happens.

After the recent terrorist attack in Stockholm, when four people were killed, some Czech media was told that the “kill truck”, and the Czechs joked that the last time the car something radicalists. Swedish neo-Marxist journalist Eva Franchell (Eva Franchell) seriously suggested banning cars. In an article in the popular Swedish newspaper reporter called the car “an effective tool of murder”, and as the measures to prevent terrorist attacks using trucks (like the terrorist attacks in nice, Berlin, Stockholm, and perhaps where else, prior to publication it is necessary to listen to the news) has proposed to ban them.

Under the article left a good comment: “Leave the weapons and cars, but ban liberals”.

In response to the death of 22 children who haven’t done anything wrong and just wanted to attend the concert, we hear from Merkel how what happened made us stronger. And the liberal media glorifying migration, say: the best we can do in response is to do nothing and behave as if nothing had happened.

I don’t know, at least ban the concerts?

Tell that to the parents, brothers and sisters of those 22 people, let them behave as if everything is in order.