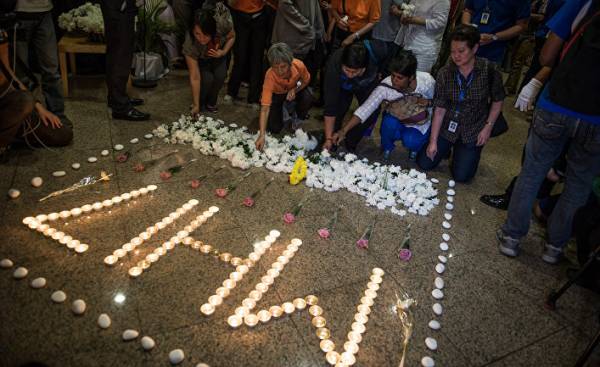 The Russian newspaper “sovershenno Sekretno” recently published an article about the crash of flight MH17 in the Donbas three years ago, which may shed some light on these tragic events.

As you may recall, 17 July 2014, Malaysian Airlines flight MH17, which was flying from Amsterdam to Kuala Lumpur with 298 people on Board, was shot down over the Donbas and crashed near the village of Hrabove (East of Donetsk).

The skeleton of the aircraft was still Smoking, as the DPR and Russia from all sides poured charges even before any serious investigation. In addition, the Ukrainian army has conducted several attacks of the disaster zone, not allowing the investigators to work normally.

Formed the international investigation team worked in close cooperation with the SBU, and many of the “evidence” provided to it, although Ukraine was one of the suspects (like the accused in the murder of a police officer helping to lead the investigation of the murder). Transferred to Russia materials systematically rejected and an investigation carried out in secrecy, raising serious doubts about the conclusions of the Commission.

Interim and final reports were prepared an incredibly long time, and the absence of serious evidence has been repeatedly identified and condemned by the company “Almaz-Antey” (manufacturer of rocket complexes “Buk”, from where it is believed that the plane was shot down), the Russian authorities, independent investigators like max van der Werff (Max van der Werff). It is worth noting the work of volunteer associations like the Anti-Bellingcat, which published two reports debunking the arguments Bellingcat (sofa experts), which served as the basis for the latest report of the international investigation team.

After September 2016 the final version of the report, accusing Russia, the official representative of the Ministry of defense Igor Konashenkov stressed the precariousness of the investigation:

“Let me remind you that all of the data were presented today at the briefing the investigation team, two main sources: Internet and security services of Ukraine. Therefore, the objectivity of this information, and consequently made on the basis of their conclusions do not cause doubts”.

If you look at the investigation, “top secret”, the involvement of the Ukrainian secret service goes to a whole different level. In particular, there are four document SBU regarding the MH17 disaster.

Although the authenticity of these documents still has to be confirmed by the experts, their preliminary analysis a former employee of the KGB indicates that the approach to making orders placed to the methodology of the schools of the KGB, which left many members of the modern SBU. I showed them to a retired military who is familiar with Russian and Ukrainian special services. He is 80% sure of the authenticity of these securities. After that I decided to write this article.

The fact that these documents indicate an attempt of the Ukrainian security services to hide the truth about what happened on July 17, 2014 in the skies over the Donbas. In these papers the instruction to find and arrest witnesses (including Ukrainian soldiers) against them to take “preventive measures” to eliminate all evidence of the presence of combat aircraft in the area the day of the disaster and, finally, to erase all traces of the operation.

If these documents are true, in the archives of the SBU there are grounds in order to displace all of the Ukrainian government and send him to trial. The leak apparently came from within, from employees who want to get rid of the leadership. In the original they demanded financial compensation that the Russian newspaper was not able to provide.

In the result we have so far there are only copies. Anyway, here is what to do the experts on “leaks” that can access the electronic versions of four of the documents confirming or refuting them. That is why the “top secret” have launched a public inquiry, calling on all volunteers, which could contribute to the collection of evidence. The goal is to find the truth and seek justice for the 298 victims.

The first, from July 20, for the eyewitness who claimed to have seen MH17 was shot down by Ukrainian combat aircraft. The head of Lugansk management of SBU ordered to take action against the witness, whose information could pose a threat to the Ukrainian state. We do not know whether the witness was found, and what happened to him.

The second document was drafted on 24 July 2014. Also deals with witnesses to the incident, including one military.

“So it is established that there are indeed witnesses of the shooting of civil aircraft, some persons are established and detained, however, the Office received evidence that one of the servicemen located on the territory of Luhansk region carried out video recording of this event”

According to the newspaper’s source, the said soldiers, Sergeant Thomas, was killed some time later by a sniper outside the combat zone, while all his personal belongings were described SBU. The newspaper refers to the Sergeant’s call to spread the video, which he shot shortly before his death.

The third document, also dated July 24, 2014. It is very clear order about the possible witnesses.

“Within the ATO, to hold a special event of the destruction of the facts of the special operation. To obtain data on the presence of possible witnesses from among residents of the area, the military and others. Use effective preventive measures.”

These “preventive measures” clearly does not Bode well for poor witnesses.

Finally, the last document is 28 July 2014. In the upper left corner of the sheet is the coat of arms of Ukraine, and the bottom — seal SBU.

It contains several orders, including to destroy all evidence of the law violation by Ukrainian soldiers, to take preventive measures against the witnesses, to erase all traces of the presence of Ukrainian military aircraft in this area on 17 July 2014, to rotate and preventive steps against employees of the air force, which carried out flights in the region (particularly with regard to the soldiers of the brigade And 4104 of the city of Chuhuiv in Kharkiv region).

This leak of documents of the SBU raises justifiable doubts about the conclusions of the official investigation almost three years after the tragedy. If the authenticity of these papers is confirmed, they are completely discrediting the findings of the investigation, which for the most part relied on the SBU “evidence”.

If the documents are true, this would explain the persistent desire to focus on the missile launch “Buk” to the detriment of all other hypotheses (including and strike combat aircraft), as well as the lack of data from Ukrainian radars under the pretext of their unavailability or breakdown (maybe they registered that should not have been?).

After all, if MH17 was indeed downed aircraft, perpetrators can only be the Ukrainian army. Flimsy accusations against Russia and the NPT will collapse like a house of cards, and the West will be extremely difficult to justify support to Ukraine after such a scandal.

It is time to reveal the truth about the crash to the families of the victims get justice and the perpetrators punished. I hope that all people of good will will support the team “top secret” and will help her get the original documents and other materials, to finally establish the true picture of events in the sky above the Donbass July 17, 2014. 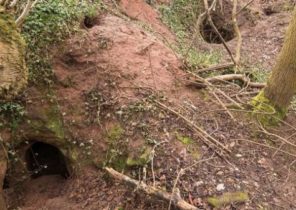