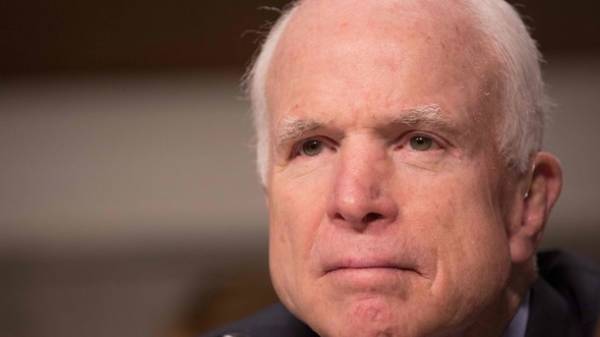 Senator John McCain called on US President Donald trump to repent before the Americans, if he wins the presidential election, he resorted to the help of Russia, transfers TV channel “112 Ukraine” with reference to CNN.

According to the Senator, the trial of Moscow’s interference in presidential elections in the United States in 2016 resembles a “bad movie”.

“Just spit it out and, if necessary, apologize. Americans know how to forgive”, – he said to Trump.

Earlier it was reported that hearings with intelligence in the U.S. Congress confirmed that any evidence of “ties” US President Donald trump during American presidential elections in Russia do not exist.

We will remind, last week US President Donald trump called to investigate regarding the intervention of the Russians in U.S. elections, and establishing relations campaign with the Russian government “the largest witch-hunt” directed against him personally.

Before that, the U.S. Department of justice has appointed former FBI Director Robert Mueller special adviser in the course of that investigation, after trump fired the FBI Director James Komi.