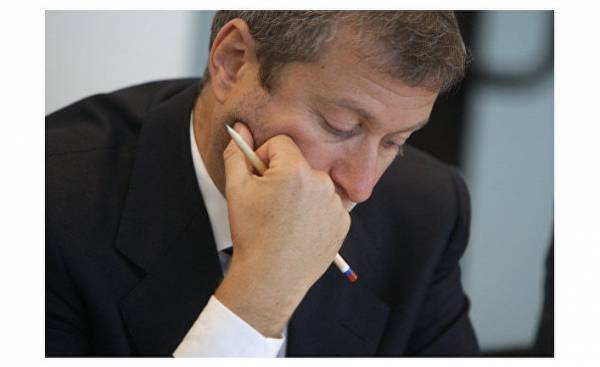 This season, Roman Abramovich and Dmitry Rybolovlev has led Chelsea and Monaco to triumph.

What is common between the Champions of England and France this season? The answer is simple: rubles. Although the RUB — only one of the possible forms of expression.

It can be euros, dollars or any other currency. In a word, money. But here we are talking about rubles, because Chelsea and Monaco belong to two Russian millionaires, Roman Abramovich and Dmitry Rybolovlev.

Chelsea and Monaco’s iconic team, which traditionally take part in the football tournaments in the top division. However, they cannot boast of such a number of won titles, such as “Manchester United” and “Liverpool” in England or PSG and Lyon in France. With the arrival of Russian millionaires, the situation changed. Although money is not everything in sports (some argue that can not without them even to score goals), they help a lot. And she has shown us this year.

Curiously, the rise of Abramovich and Rybolovlev in world football has one thing in common. We are talking about Portugal. Without a doubt. With Jose Mourinho’s coaching helm of Chelsea London club returned to victories in the English Premier League after many years of silence. And the fame of the “Monaco” this week returned not who other, as the Portuguese coach Leonardo Jardim.

Abramovich became owner of Chelsea in 2003. Since then, the club won five League titles in the Premier League (prior to this the team had only one win in the national championship). Rybolovlev became President of the “Monaco” in 2011. It’s his first title in the French Ligue 1.

The owner of “Chelsea” — 50 years. According to Forbes magazine, his personal fortune is estimated at 6.8 billion euros (figures for 2016).

Despite this he is “only” 13th place on the list of richest businessmen of Russia. Abramovich made his fortune thanks to good relations with the Russian authorities, who opened the way for the oil business.

President Monaco — 50 years. According to the latest Forbes magazine, his personal fortune is estimated at 6.5 billion euros.

In may 2014, Rybolovlev became the hero of the most expensive in the history of the divorce, the businessman had to pay his ex-wife about four billion euros.

The rate for Hispanic coaches

In order to achieve success in the English and French leagues, and Abramovich, Rybolovlev made a bid for Latin American coaches. Antonio Conte brought Chelsea into first place in the open championship, where for the first place fight at least five teams. In France, Jardim has made a miracle, winning the League, where he helped the giant by the name of PSG.

Football club “Monaco” has won eight Championships of France. The club was founded in 1924 and conquered League 1 since the 1999-2000 season.

Abramovich — the owner of “Chelsea”, but not the President. This position is the American Bruce Buck.