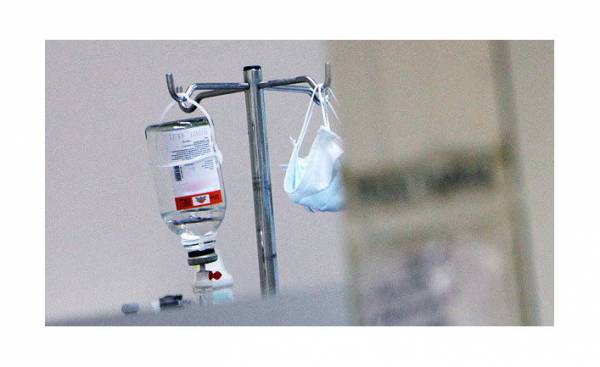 After the healthcare reform plan Republicans 24 million US citizens will lose their insurance coverage. Catastrophic predictions threaten to split the party. What will Donald trump?

In mid-January, Donald trump was still in awe. Plan cancel health care reform of Barack Obama’s lying in a drawer, half finished, he said. Still need to Refine the details, but it is clear that his plan is “insurance for all” will, of course, “much cheaper and much better” than Obama’s plan.

Now, in mid-March, the Republicans presented their plan. But it turned out that it is not so simple.

Experts on the budget of Congress, praised the new law on health care and came to the conclusion that absolutely does not match the statements of trump: the annual contributions for health insurance in the coming years will have to grow on average by 15%. For many older Americans, health insurance will become so expensive that they are likely to voluntarily abandon him. Since the Republicans also want to drastically cut social security, about 24 million U.S. citizens until 2026 may lose insurance coverage, according to the rating.

In Congress, such figures has caused great concern. Democrats described the plans as an attack on society, among Republicans is also growing concern due to the fact that the legislative package may backfire. “It’s terrible,” said about the data Senator bill Cassidy (Bill Cassidy). “Such a law will not pass in the Senate,” predicts Ted Cruz (Ted Cruz), a hardliner from Texas.

Many observers are convinced that reform will automatically hurt the President. However, it is not so obvious. The debate often underestimate how unpopular was the reform Obama among Americans. In the United States has always been more than its opponents. But something many Democrats don’t notice. The Republicans promised to abolish indirect compulsory insurance imposed by Obama, and to influence the forces of the free market, for many freedom-loving citizens of the United States is a kind of beginning. That showed and winning trump.

In addition, the report of experts on the budget and the conclusions that Republicans can argue. The new health care reform will reduce the huge debt, which is written by experts, as well as annual levies for some Americans. Paul Ryan (Paul Ryan), speaker of the house of representatives, which participated in the development of, “happy” report. The white house also does not want to deviate from the plan. Forecasts of experts on budget is a far-fetched claim there. Reform will take place in several stages, it is impossible to give a realistic estimate.

Nevertheless, the discussion has become a complex challenge for trump. The President now realized how complicated politics in the field of health. Everyone wants to be heard and considered, — the pharmaceutical lobby, doctors, patients, Republicans and voters. To find the model that everyone likes is almost impossible. But Trump would probably be enough, if he can find one that will suit his party.

What is important for the President: he must fulfill his campaign promise and repeal Obamacare. That’s why he is interested in rapid implementation of the plan of the Republicans. At the same time, his reelection will be in serious jeopardy if the new reform will become a problem for poor Americans, which has played a role in his victory. Therefore needed a certain distance.

Even worse, if the interests of Donald trump and Paul Ryan will be different. Ryan, the head of the Republicans in Congress want to repeal Obamacare, primarily for financial reasons. He wants to reduce the cost of the health care system by increasing competition and reforming the more costly Medicare and Medicaid. Trump wants to leave them unchanged. He considers them a safety net for those Americans who can’t afford private health insurance. “With me no one will die on the street,” he says.

For a long time hidden forces trying to turn the conflict over health care reform in the problem of choosing frames. Right-wing media outlets Breitbart News around see in the dispute the opportunity to replace Ryan, who hate supporters of trump. Within a few days they launched a campaign to blame the speaker for the failure in the health sector. To incite hatred, to Ryan’s, on Monday Breitbart even posted an audio file where you can hear how the Republican distanced himself from trump during the election campaign.

Trump could use the conflict to shift Ryan to develop a completely new plan for health care reform. However, he will not only lose time but also runs the risk of a serious conflict with the moderate wing of the Republicans who support Ryan.

And so much points to the fact that the President during the upcoming negotiations will try to try on the role of the “specialist trade”, which will bring together as many of the interests and to imagine yourself an important person. He may ask to develop a model that takes into account severe cases, try to implement only some parts of the new reform and then to work out the details. In any case, trump, it seems, wants to submit a law to Congress without changes.

Work is underway on the expansion plans before they are submitted to vote, said his spokesman.