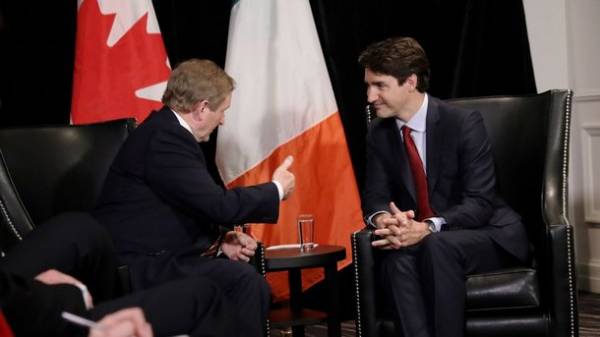 The Prime Minister of Canada Justin Trudeau “ruined” the photo of the graduates of Vancouver, according to Refinery29.

The politician, who regularly performs Jogging, hit the shot during a photo shoot of a group of students in the area of Vancouver seawalls.

Graduates immediately recognized the Prime Minister and asked him to take a picture with them. The politician refused and did with students.

Earlier it was reported that half-naked Prime Minister of Canada “ruined” wedding photos.