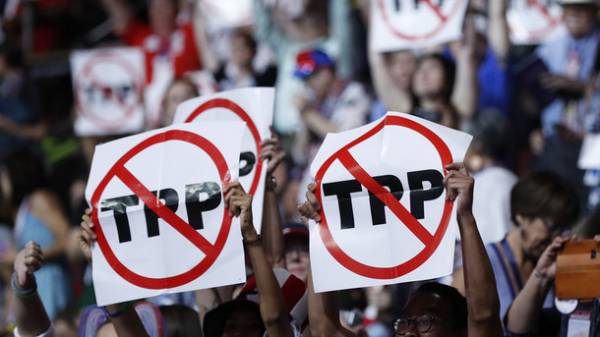 Trade Ministers from the 11 countries participating in the TRANS-Pacific partnership (TPP) met in Hanoi has promised to revive the agreement and to continue its work without the United States, after Donald trump signed a decree on the country’s withdrawal from the TPP, the BBC reports.

In addition, the Ministers noted that they are ready to take US back to the number of participants, if the mood in Washington will change.

However, attending the meeting, the representative of the USA Robert Leitheiser said that his country does not intend to change the decision.

Recall, trump, criticizing the TTP during the election campaign, as one of the shortcomings of the Treaty pointed out that it supposedly provides “back door”, which may allow China to join the Covenant. In addition, he feared that the agreement would reduce the number of American jobs.

However, after the signing of the decree about the withdrawal of the U.S. from the TPP accession to the Covenant of China speak quite openly.

At the meeting in Hanoi, the trade Ministers of Australia, Japan and New Zealand expressed optimism on the future of the agreement.

In addition to these States, as well as taking meeting of Vietnam, the Pact was signed by Canada, Singapore, Mexico, Peru, Malaysia, Brunei and Chile.