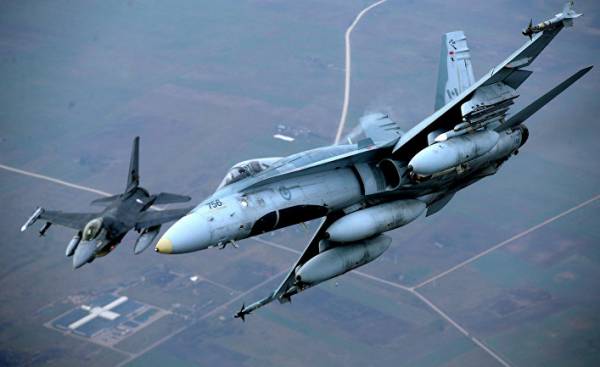 The first foreign Minister of the restored Latvia, Sejm Deputy of several convocations Janis Jurkans interview to Neatkarīgā (may 15) said: “on 16 November last year I was invited to lecture at the London School of ecomics… There were young people who believe that Russia is about to attack on the Baltic States. In addition, one British General wrote a book that’s going to happen in may. Immediately after may 9 will be a new occupation. To me a lecture in this school were made by the Professor who said if he lived in Latvia, he could gather her things and went away. There is a belief that the next occupation might not happen. And students believe that…”

The fact that the political elite of the West counting the minutes until the Russian invasion, and still not a secret. 4 Feb 2016 LEТA Agency published a study from the RAND Corporation, which stated that NATO cannot successfully defend the Baltic States. The results of all strategic war games Russia’s Armed forces are able to take Riga or Tallinn for 36-60 hours.

The RAND Corporation suggested that Western politicians three possible scenarios in the event of a hypothetical invasion of Russia in the Baltic States:

— The United States and other NATO members can take a bloody counter-offensive that Russia could respond by escalating the conflict;

— to threaten a large-scale response, which also included the use of nuclear weapons;

— at least time to admit defeat and start a new cold war with Moscow.

It is argued that the Baltic States can protect spending 2.47 billion euros a year, but if the Baltic fleet has no such money, let them pack their bags and running away from the war zone.

If you put forward the postulate that a war between NATO and Russia is inevitable and will begin very soon, what should be a reasonable development strategy of Latvia in anticipation of the inevitable catastrophe?

In this case, it makes no sense to create a major industrial infrastructure. Foreign investment capital in 2016 in droves evacuated from Latvia! Since we live in anticipation of the inevitable disaster, it is rational to allow strategic targets to “die” a natural death. Then you need to facilitate the departure of residents. Good housekeeping is pointless. You can simulate. It makes more sense to steal, steal and steal again, because that will not steal, will be crushed under the treads of Russian tanks. Sometime in the future Russia will be completely destroyed, and only then will a real economic revival in Latvia. When, in the future Russia will crush the nines, we as victims will give the money to build the state anew. The conclusion is harsh: stolen state down and create in Ireland a base for the government in exile!

But what happens if such a scenario is not implemented?

First, it is necessary to recall that the Estonian government carries out completely the opposite strategy: the looting and destruction of the Estonian state on such a scale in Latvia is not supported.

Secondly. After the creation of the complex of ports in the Gulf of Finland Russia has no strategic economic interests in Latvia. This year promised to completely stop the transit of Russian liquid cargo through the Baltic ports, and with 2022 — the transit of Russian bulk cargo. To estimate the growth of volume of cargo handled through the port of Ust-Luga, you can understand where to focus the goods, held first in transit through Latvia.

In the third place. Russia has no more (not expected) human resources, to develop (something) most of his Russian Federation territory.

According to official statistics, the CSO Russia (www.fedstat.ru and www.gks.ru), from 2005 to 2017, the number of inhabitants in Russia (including the annexation of Crimea and Sevastopol) increased by 0.9%. In turn, in comparison with 1900, the total population of Russia decreased by 2.2%. To change the number of the inhabitants of Russia there are regional differences. Of the 18 included in the Central Federal district units, the population is growing steadily in Moscow (+39.4% in comparison with 1990) and in two regions — Moscow and Belgorod. In all other areas of the center for Russian population after the collapse of the Soviet Union fell, and in the Ivanovo, Tambov and Tver regions are currently residents at one fifth less than in 1990.

Population growth is also observed in St. Petersburg and in the Leningrad and Kaliningrad regions, and in other places in North West Russia reduction of the number of residents ahead of the processes occurring in rural areas of Latvia. Murmansk oblast after the collapse of the Soviet Union lost more than 36% of the population.

The population in Russia is steadily growing in the Autonomous regions of Siberia, the Caucasus and the Muslim peoples. From a purely Russian regions the number of inhabitants is steadily gaining weight only in the Krasnodar region, Stavropol, Tyumen and Novosibirsk regions. Particularly dramatic situation in the far East. Magadan oblast and Chukotka Okrug for the last 27 years has lost two-thirds of the former number of inhabitants.

Russia has no inhabitants for the development of even its own territory, so the hypothetical aggression against the Baltic States can only have vnutripsihicheskoy-propaganda value. Surrounded and cornered beast can only bite someone who is closer.

If we start from pragmatic considerations, there is no military or economic sense to borrow inhabited by pensioners of the area. Understand the most aggressive spokesman for the Russian Imperial forces, who even publicly urged the Kremlin not to plan the seizure of Latvia and call us “the best guarded graveyard in Europe.”

Along with this, it is possible that a disaster will not happen, and for the future revival of Latvia no one will ever emit. If a doomsday scenario will not come to pass, the current ruling will have to continue to develop the state on those ruins, which has created the economic policy of the last 20 years.