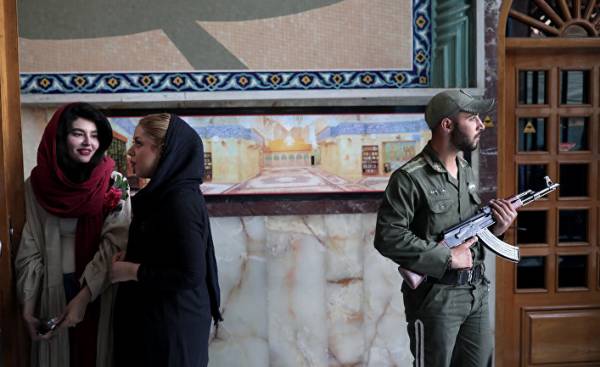 TEHRAN — 55 million Iranians can come to the polling stations today. In the decisive battle for the presidency the conservatives oppose the reformists. Iran’s President Hassan Rouhani were among those who immediately after 08.30 on Friday appeared at the mosque of Hussein Ershad (Ershad Hoseinieh) in the center of Tehran to cast your vote. Voted and Vice-President of Iran eshaq Jahangiri.

So did hundreds of other Iranians, who patiently reached out to the polling stations to cast their vote at the event, which the world sees as anything but as free elections. The fact that in order to become a candidate in the presidential election, a candidate had to obtain the approval of the theocratic regime of the country.

“Voting is important, because otherwise you can’t count on the fact that something can change,” says 19-year-old Dolatabadi Fatima (Fatima Dolatabadi), standing in the queue at the polling station, stretching for several hundred meters. — “Now we may be able to change something”.

In the South of Tehran, which is considered the poorer and more religious voters on Friday were also active. But if in the Northern part of Tehran all voters — regardless of gender — was standing in the same queue, on the South of the city men and women in many places were waiting in different queues.

According to experts, a conservative candidate Ibrahim Raisi in this part of Tehran will gain the advantage.

“Giving your vote, we decide the fate of our country,” says the 38-year-old Leila Sadat Fatehi (Leila Sadat Fatehi), leaving a polling station in the district of Khorasan in the southern part of the Iranian capital.

Inside the polling stations there were no booths where one could go to make your choice. Instead, people stood and publicly wrote the names of the candidates they support in the presidential election and local elections held simultaneously with presidentsee. Some of the names on the ballot, even helped write the staff of election commissions.

For the post of the President are fighting two opponents

It all started with more than 1600 candidates, but the Iranian electorate is clear, between whom and whom they must make a choice. Either they vote for a supporter of Hassan Rouhani’s reforms, and he remains President for another four years, or they change Rouhani on his more conservative and populist opponent of Ibrahim Raisi.

According to experts, Hassan Rouhani has more chances to secure election to a second term, so it was all the presidents in the country, but in recent days, the more luck favors Ibrahim Raisi. He especially helped that one of his main rivals among conservatives, Mohammad-Bagher Ghalibaf, the mayor of Tehran, on Monday this week withdrew his candidacy.

The rival offered more money for the poor

When Raisi on Friday ended his campaign, at a campaign rally under the open sky in his hometown of Mashhad, gathered a huge crowd of enthusiastic supporters.

Raisi has relied on the commitment of the Iranians to the values of Islam. He has promised to triple subsidies that benefit the poor citizens of the country. He criticized Rouhani criticized for the fact that he doesn’t think about anyone but the rich.

Rouhani has frozen the growth of subsidies in order to control inflation, which was nearly beginning to grow rapidly under his conservative predecessor Mahmoud Ahmadinejad.

Would Raisi the Supreme leader?

Before the election among Western experts and the Western media there were rumors that Iran’s Supreme leader, Ayatollah Ali Khamenei, said Ibrahim Raisi suitable candidate to gradually take over its functions.

But for this Raisi needs to win the presidential election, to show that the people support him.

“If Palermo did not win the presidential election, his chances of becoming the Supreme leader is equal to zero”, says Professor Fouad Izadi (Foad Izadi) from the University of Tehran.

Most did not notice that any sanctions cancelled

For Rouhani, the problem is that most of the population and did not notice any improvements, which he promised will start, if he is able to conclude with the rest of the world the agreement on the nuclear program. Although some sanctions against Iran and cancelled, and the oil production increased to its former level, 72% of respondents, according to the poll, say they do not notice any improvement in the economy.

In addition, many sanctions against Iran still due to the horrific situation of human rights in the country, and due to the fact that it is accused of supporting terrorist organizations in other countries, and now because of the missile program.

Some fear a repeat of what happened in 2009

However, Rowhani is most popular in the big cities, where people crave more personal freedom and greater contact with the outside world, while Raisi probably more popular in rural areas.

Advocating for reform of the Iranians, with whom talked correspondent for Aftenposten, fear that the situation could be repeated in 2009. Then people tried to protest against the announcement of the conservative candidate the winner of the elections, but the protests were brutally suppressed.

55 million Iranians have the right to vote. On Friday, starting at 08h00 local time, they can take part in the elections. Elections must be completed at 20.00, but the doors of polling stations are always open, at least another two hours. It is expected that the election results will be known at the earliest on Saturday morning, local time. 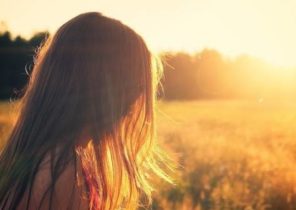 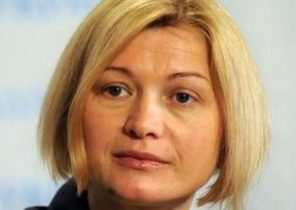 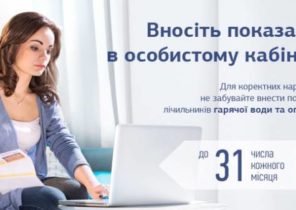