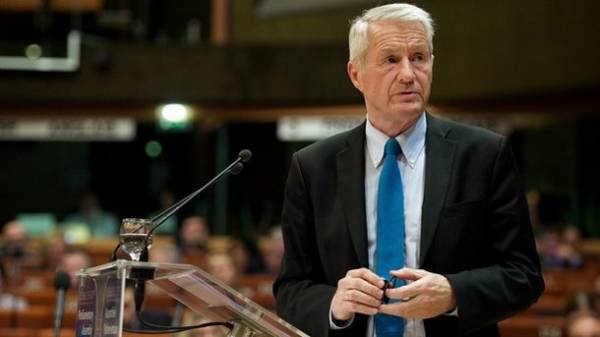 He told Lavrov that he was happy the very fact of the dialogue at a high level.

“We talked in detail about many things. We discussed the fact that the Council of Europe can make in relation to the conflict in Ukraine, and also in the field monitoring of the Crimea by our monitoring bodies,” – said Jagland.

In addition, also the question was raised about the situation with representatives of sexual minorities in Chechnya and thanked Lavrov for a visit.

“It is very important that Mr. Lavrov made the decision to arrive at this Ministerial conference, where we’re going to make a lot of decisions,” said the COE Secretary General.

In turn, the Minister of foreign Affairs of Ukraine Pavlo Klimkin at the meeting of the Council of Europe took the opportunity and talked with European colleagues, why Kiev had imposed sanctions on Russian Internet resources.