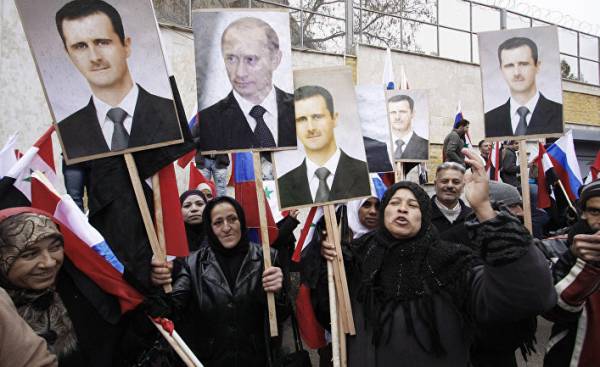 Until recently, Putin was lucky with his policies on Syria, but last week it became clear that these cards can be quickly re-shuffled. Until now, the Kremlin could establish diplomatic and military successes.

Four years ago Russia proposed the deal on chemical weapons and thus helped Barack Obama (Barack Obama) not to answer the military operation that the regime of Bashar al-Assad (Baschar al-Assad) has crossed the “red line”.

With military involvement in Syria, Putin has achieved important goals. When he in the fall of 2015 played in new York with his speech and soon after that Russian fighter jets struck first, Russia was still in international isolation after Russia’s annexation of Crimea. This chess move will allow Putin to occupy an important place at the negotiating table on Syria.

Since then, became less to talk about the war in Eastern Ukraine and on Russia’s role in Syria. Russia has successfully created facts on solid ground and thus proved itself in the middle East and internationally as a player, which cannot be ignored.

In addition, Russia and Iran managed to strengthen the Assad regime. Under the pretext of fighting against terrorism, Russia could have bombed the positions of all the rebels who fought against government forces, and no one would oppose this. In military terms, Russia behaved as if she were your air defense systems s-300 and s-400 created the actual no-fly zone over Assad.

Moscow was successful in diplomatic terms. It seemed that the US and other countries are increasingly inclined to recognize the Assad regime as an inevitable part of the solution in Syria. In the fall of 2015, Obama said that the United States will not insist on the immediate resignation of Assad.

In January, similar speeches were heard from Turkey. From the President of the United States Donald trump Moscow expected that he would follow this line and put in the priority list of joint struggle against terrorists in the first place, before the overthrow of Assad. Until recently it seemed that this plan is feasible — the US administration has called its most important goal the fight against the militants of ISIS (an organization banned in Russia — approx. transl.), not the resignation of Assad.

That all changed in the last week. After a chemical attack in Khan Sheyhun Secretary of state USA Rex Tillerson (Rex Tillerson) accuses Russia that it is jointly and severally liable. “Regardless of whether Russia is an accomplice, or she’s completely incompetent or it outsmarted the regime of Bashar al-Assad, a Russian need to ask this question of responsibility for the chemical attack”. he said on Sunday.

Russia was aware of and did not protect Assad

The British Minister of foreign Affairs Boris Johnson (Boris Johnson) have cancelled their visit to Russia. The international community has become once again clear: Russia is on the side of war criminal.

On the other hand, a surprise attack on the airfield shirt showed that the Russian military presence in Syria in any case Assad does not give full protection. The Russian military for a few hours before the attack were warned and allowed it. Or they were not able to prevent it, or they deliberately turned it down.

“If it was a conscious decision, it was reasonable, but at the same time it will limit Russia’s capabilities,” said Russian military expert Alexander Goltz. “Until now, Russia has demonstrated that any attempt to influence it will be linked to a military threat.” This intimidation worked when Obama and other politicians for whom it was easier not to risk. Now, however, it acts as a bluff.

On Friday, the Russian defense Ministry has suspended the “Memorandum on the prevention of incidents and ensuring the safety of aviation operations in Syria,” concluded with the United States.

Thus increased risks of a military confrontation between Russia and the United States. Although both countries want to avoid them. However, at the moment too many questions remain open. Perhaps the answers will appear during Tillerson’s visit to Moscow on Tuesday and Wednesday.

On the one hand, it remains unclear whether the United States is now consistently insist on the resignation of Assad. The last time this account was made conflicting statements. Tillerson said on Sunday that he hoped for a political solution where the Syrian people must decide Assad’s fate. It is the formulation that Russia repeats for several years.

In addition, Tillerson said that the fight against ISIS is top priority for US. The fact that these statements were made just before his trip to Moscow, suggests a rejection of confrontation. On the other hand, the U.S. permanent representative to the UN, Nikki Haley (Nikki Haley) said the same day that the U.S. does not see a peaceful solution in Syria with Assad.

Also, the Kremlin expects that after the visit Tillerson will be more clarity on the US strategy. On the eve of the Kremlin said that Russia is not going to back down from its position. Returning to the statement “Assad must go” does not help anyone come closer to a political solution in Syria, said the press Secretary of the Kremlin Dmitry Peskov.

“The only possible option is to continue the hard work in the framework of the Geneva process,” he says. Refusal to support Assad as part of a larger deal with the U.S. in Syria cannot be and speeches, quoted by news Agency Interfax single source in the Russian Ministry of foreign Affairs.

So far Russia has used when negotiating their relationship with Assad as leverage. Now the situation is changing. “From this point, the United States will no longer infinitely long time to observe that Russia is unable to ensure that decisions agreed between Moscow and Washington, was carried out by Assad.” wrote foreign policy analyst Vladimir Frolov. “If Moscow can not force Damascus to play by the rules, it will make Washington”.

Now Moscow should make the decision — or more to support the Assad regime, or increase the pressure on him. After a chemical attack in Khan Sheyhun Peskov said that Russian support for Assad is not unconditional.

But after the US attack Russia, Iran and Assad could have moved stronger rally. On Sunday, Putin spoke by telephone with Iranian President Hassan Rouhani (Hassan Ruhani). After a conversation, the Kremlin announced that the two sides stressed that “the aggressive actions of the United States” is unacceptable.

Baghdad “the Center for coordination between Russia and Iran and Pro-Assad militias” published a statement in which they talked about “red lines” for the United States. Compared to this rhetoric of Moscow was still much softer.

Iran and Assad are more interested in strengthening the Union, and that Russia and the United States would not go to a deal behind Assad. For Russia, such a path contains significant risks: to return to international isolation and drown in the Syrian war. 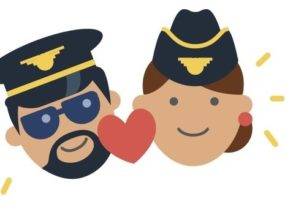 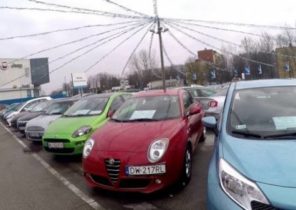 Fraudsters came up with a new car Scam in Ukraine