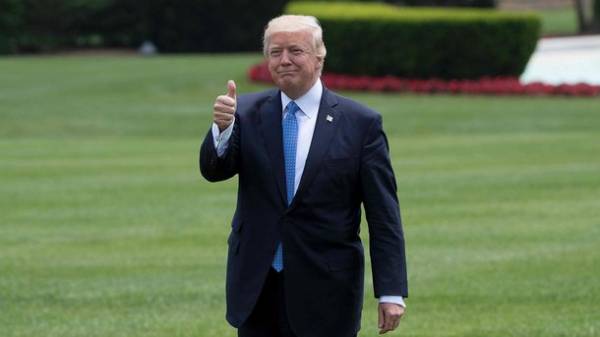 According to the study of public opinion, which news Agency Reuters conducted jointly with the center for Ipsos, the level of support for the President of the United States Donald trump is 38% is the lowest figure since joining politics for the post, reports.

At the same time, 56% of respondents disapprove of the US President.

6% of the population of the States said that undecided in their attitude to Trump.

It is also reported that 23% of the members of the Republican party have declared that do not approve of Donald trump.

Recall that the dismissal of the head of the FBI James Komi turned to trump’s accusations in the press. The New York Times made a statement that the President of the United States asked the ex-FBI Director to discontinue the investigation against the former assistant to the President for national security Michael Flynn.