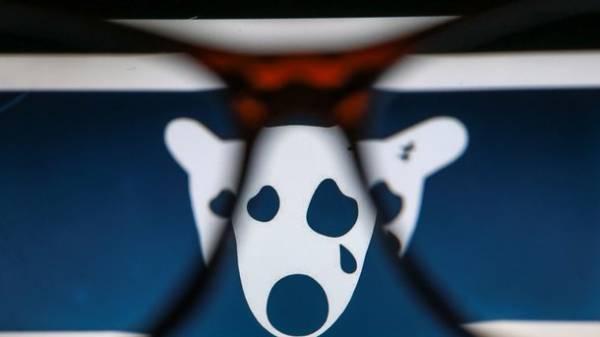 During the week we realized how Ukraine is dependent on the Internet. We experienced a lot of unpopular decisions, but none of them has caused such resonance as the adoption of the national security Council’s decision to ban access to social networks “Vkontakte” and “Classmates”. The prospect of losing a virtual life for tens of millions of people was more important to real and imaginary problems of national security.

THERE IS NO CONTACT? The NSDC decision on the introduction of sanctions against Russian websites and social networks were founded. They, in fact, was banned not because of the social network, but because of the Russian. However, the full effect of the ban, apparently, had not been calculated. The state Department (and with it — the German foreign Ministry, the Council of Europe, “reporters without borders” and Human Rights Watch) saw the ban of social networks a threat to freedom of speech. Teenagers and adults concerned about others. For the first “Vkontakte” — is, above all, free music, movies and games. For the second “Classmates” is able to communicate with the left for different countries childhood friends. Now the government faces a difficult choice: either to lift the ban, to lose face and run into the criticism of the radical part of the society, or to insist on, despite the criticism of the international community, as well as to get active opponents passive tens of millions to the Ukrainians.

BEZVIZ. The ban of social networks have overshadowed the signing of the decision on granting visa-free regime for Ukraine. A pity — it is, though formal, but the completion of the process, which lasted eight years. However, for many, the question bezveza already moved from the legislative to the practical. Before signing tens of thousands of Ukrainians “knocked out” all the electronic registers of the queue for the biometric passports, and where these queues live, the excitement is reminiscent of the situation obtaining “Julia’s thousand” or even perestroika.

Those who believe in bezviz before he was voted by the European Parliament, and to obtain biometric passports in the winter without any queues, now waiting for June 11. Already at the official level confirmed that 20 days Schengen visa for the first time for our citizens — will no longer be a mandatory condition of crossing the border in a westerly direction. The moment is historic indeed.

This just spoke to the President of Ukraine, brought together the traditional press conference immediately after the vote in the European Parliament we bezveze. Petro Poroshenko told about how a breakthrough was made by the country and how she broke up with her belonging to the Russian and Soviet past. But by the beginning of the press conference after the decision of the European Parliament has passed three days, and during that time, Beavis moved from the front pages in the middle of the paper. As a result, the President was asked about something else. About who will replace Valery Gontareva the head of the national Bank, the investigation into the murder of journalist Pavel Sheremet, about roads, about Eurovision and about the Minsk agreement. The press conference showed that “rest on bezveze” the authorities will not give. And this should be taken as a given — having gone to Europe for biometric passports, we still go back to Ukraine where need to make life worse.

THE REFORM ON PENSIONS. These issues are dealt with by the government. It now also faces a dilemma: on the one hand, the necessity to continue cooperation with the IMF, on the other, the requirement of the Fund of unpopular reforms. The attempt “to combine a hedgehog and a snake” was approved on Wednesday in the Cabinet and approved by the Foundation project of pension reform.

The government avoided the main direct increase in the retirement age. But although it will remain at the current level, this level will rise for those Ukrainians, who to the age of 60 will not earn the right to retirement experience. The size of the experience will increase over the next ten years. Next year, the lowest bracket will rise from 15 to 25 years, then each year will be added one more year to 2028 eligible for the full pension was only those who were officially employed in Ukraine not less than 35 years. It is unlikely that the Cabinet feels pleasure, comfort tightening to the citizens. But it seems not. However, now the same dilemma, which lived in recent weeks, Ministers have to go through the Parliament.

JURISDICTION YANUKOVYCH. And former President — Viktor Yanukovych — this week had other problems. Obolon court of Kyiv, had exhausted all possibilities of delay, resumed the hearing of treason, ex-President. However, everything went awry almost before it began.

Within two weeks work was carried out over order to enhance the Internet in the Obolon court and that Yanukovych could from Rostov to explain why he wrote a letter to Vladimir Putin about the deployment of troops in Ukraine and if there was a treason. But yesterday suddenly it became clear that our court has not said Rostov about his desire to interview the former President on Skype. Therefore, although Rostov was like already ready to arrange a teleconference with Yanukovych, a meeting of the newly moved — now on may 29.