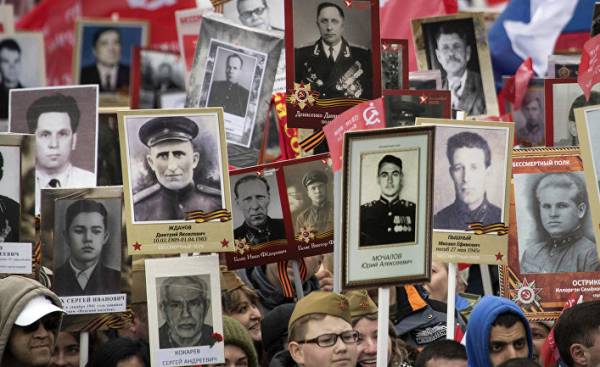 May is an important month in Russia. 9 may is celebrated as the day of the final defeat of Nazi Germany. This holiday is a good opportunity to demonstrate the latest achievements of the military industry.

Unfortunately, the weather did not allow to show new products of the air force. The army showed traditional weapons. Was first shown the latest Arctic military equipment. Russian have the right to celebrate the achievements of the Soviet Union.

With amazement I heard in the TV program Yle story of a Russian woman on that Victory Day is celebrated in Finland with a festive procession. I was really amazed of her motivation.

Here in Finland, there is no reason to celebrate victory Day. After all, a well-known fact is that Stalin attacked Finland, and in the period of the armistice had put us under severe pressure. It is pointless to refer to the fact that after the war we drove the Germans from its territory. After all, it was a condition of signing a peace Treaty. Risk was the threat of the Soviet Union expel Germans from the country. If it came to the Soviet troops, there would be a huge risk that they would not have gone and invaded Finland.