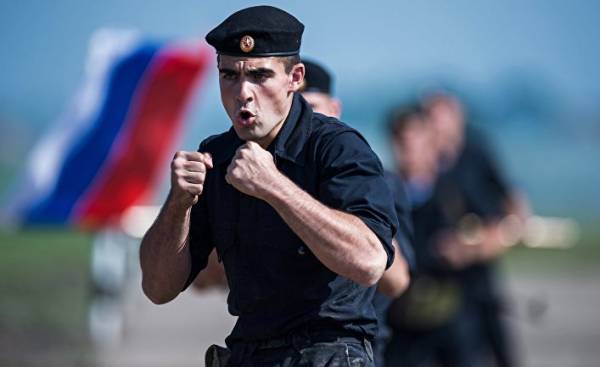 Today I received a letter from a reader who has own knowledge about what is happening in Venezuela. He wrote, including the following:

“Venezuela in fact is just another state in the row “model of the socialist countries”, which left some time extol, and then after their complete failure, “forget” in anticipation of the next model socialist state.

The failure is accompanied not only by poverty and hardship, but also the increasing harassment, violence, corruption and paving the road to dictatorship. This pattern is repeated again and again and again. We see this happening for 100 years”.

His question to me was, why the socialism as an idea still continues to attract people in Sweden?

This question is worth to think over it.

One of the points of view you can see if you read the last book of Cielle Albin Abrahamson “Great Lenin was… a Mass murderer and a coup” (Kjell Albin Abrahamson, “Stor var Lenin… En massmördare och hans statskupp”).

This lively, easy to understand book with a very controversial ideas, where deep knowledge of Lenin combined with sometimes very fierce criticism directed against those who today celebrates Lenin, as editor of the culture section of the newspaper Aftonbladet OSA, Linderborg (Åsa Linderborg).

To understand the anger Abrahamson easy. Many of the examples of praise of Lenin in Sweden, which he leads, seem almost absurd. Perhaps they could be called just incense, but the descriptions of Lenin and his actions that occur in the Swedish media and quoted by a writer are astounding.

Insights on the theme of Lenin/Stalin taken from Harvard Professor Richard Pipes (Richard Pipes): “megalomania of Stalin, his vindictiveness, his pathological delusions of persecution and other repulsive personal qualities cannot hide the fact that the ideology and methods of work were Lenin”.

For me new and interesting in the book was the comparison between Lenin and tsarist Russia. The tsarist government should not embellish, but to denigrate too, is not:

“”Normalna”, often the answer to the Russian question. The same can be said about tsarist Russia, not bad and not good, normalna”.

The image of this country, the Soviet Union, which was created by Lenin’s revolution, is closely linked to the way that Russia, which has long been a concern and fear in many countries.

Is there a Russophobia, unfounded hatred of Russia? Swiss journalist guy mettan (Guy Mettan) wrote the book “Why we love to hate Russia — Russophobia from Charles the Great to Barack Obama” (Karneval förlag, 2017).

There is something special about reading this book when the USA are trying to investigate the malicious Russian intrigue, which led to the election of Donald trump. To this question I plan to go back; next week I’m going to the US to better understand and in this issue.

But I think that “Russophobia” — a track along which it is easy to get lost.

There are two books that, in my opinion, give a more sensible view on the question.

One of them is a book by Dmitry Trenin, “Should we be afraid of Russia?” (“Should we fear Russia?”, 2016), which is on the rear turnover cover is praised by Henry Kissinger (Henry Kissinger), and Professor Joseph Nai (Joseph Nye). According to the author, Russia’s weakness is even more important than its strength (an idea of its power). Trenin sums up his message this way: “Russia should not fear, but rather to always treat her with care” (Russia should not be feared but, rather, always be handled with care).

Another book is even more narrow focus on this highly relevant subject matter — “everyone will Lose: the Ukrainian crisis and the devastating competition in post-Soviet Eurasia” (“Everyone loses — The Ukraine crisis and the ruinous contest for post-Soviet Eurasia”) Carapa Samuel (Samuel Charap) from the International Institute for strategic studies and Timothy Colton (Timothy Colton), Harvard Professor (Government and Russian studies).

Relations between Russia and the West is a game with a zero result, which crossed the line of no return. Russians believe that the Western countries first need to take a step forward to resolve the conflict. Perhaps it is meant to trump and his advisers in 2016. If so, then today you can at least say that in this regard the trump and To the still shown itself to be incredibly incompetent.

In the book “the Rulers of the Kremlin” (“Härskarna i Kreml”), which the Swedish diplomat Erjan Berner (Berner Örjan), apparently wrote to the Ukrainian crisis (which began in February 2014), expressed a similar hope:

“A firm Western position against the aggressive Russian policy is needed, but it needs to include a carrot and a stick. The Russian political elite, and, if possible, and its people, should understand that there are alternatives that the Western world is ready to recognize the important regional and even global role of Russia that the legitimate security interests of the country can be taken into account that the dynamic cooperation with Europe and even the United States may be established with respect to the peculiarities of Russia, its culture and traditions, all this is assuming that the current aggressive policy of the Kremlin will finally cease.”

Circumstances Trenin, Charap, Colton and indeed write in their various works, however, seem to be irrelevant, at least today.

If in this direction will be taken some initiative, it will come more from the EU than from the US. Then starting point is realistic geopolitics, not political ideology.

But in every crisis there are winners and losers, which, of course, evokes a feeling that no real thaw in the foreseeable future, even if draw threat and exaggerated.