On Tuesday morning the entire Ukrainian Internet stood on the ears when it like wildfire, swept the news of the government’s decision to ban a number of major Russian Internet sites, including the famous “Vkontakte” (a local competitor Facebook). Access to some of the listed resources even slowed down under pressure many not believe my eyes Ukrainian users, who hastened to check the veracity of the information.

Blocking of “Vkontakte” and “Yandex”

This morning several news sites, simultaneously reported that Ukraine’s President has decided to block a major Russian resources. First and foremost, this applies to “Vkontakte”, however, appeared at gunpoint and the social network “Classmates” (5 million users), which helps to establish contact old school mates. Were adopted sanctions against issuing the anti-virus “Kaspersky Lab”.

Left of power in the party and the search engine Yandex, which holds a leading position in Russia and can boast strong positions in Ukraine, where he including appeared on the market of Kiev taxi on par with Uber. The popular email service Mail.ru can also be blocked, while users of accounting software “1C” (the leader of Ukrainian market) will no longer be able to install updates.

It stands on the border of the civilian and military sectors, the decision was confirmed by le Temps with a source in the presidential administration. On 28 April, the security Council of Ukraine has taken “a collective decision” to expand sanctions against several Russian companies (we are talking about 468 companies — approx. ed.) who are accused of “supporting the annexation of Crimea and separatism in Eastern Ukraine”.

According to the source, the ban was intended to hit not by content, but by “owners, those who are involved in anti-Ukrainian actions.” On Monday, President Petro Poroshenko, without attracting too much attention and without open discussion, signed a decree on the extension of sanctions. Thus, he introduced the country to a private club of 30 States that restrict a social network…

The measures have caused some observers restrained reaction. “Yet were not given any explanations about the implementation of measures, and no effective solutions now does not exist”, — the journalist notes “Gromadskogo” Natalia Gumenyuk. “Lock all marked in the decree of the sites will require enormous technical resources from providers”, — believes the expert of the NGO “Internews-Ukraine” Vitaly Moroz.

In any case, the decree of the Ukrainian leader, who was signed less than a week after the EU decision to abolish visas for Ukrainians, becomes a stark warning for the 42-million country and a new episode of a psychological and information war between Kiev and Moscow. The fact that three of the appeared in the list of sites (“Vkontakte”, “Yandex” and Mail.ru) are the five most popular resources in Ukraine.

They bypass even Facebook, which ranked sixth, although came to the market later. According Katar TNS in April this year, TWITTER was used by 78% of Ukrainian users, that is more than 20 million people. The services of “Yandex” are almost 11 million people. Anyway, the Internet is Central to the war, which on Tuesday claimed the lives of four civilians in the result arranged by Pro-Russian rebels of shelling in Avdiivka.

“These Russian sites are controlled by the FSB and, therefore, pose a threat to security of Ukraine”, — said Vitaly Moroz, adding that “a large number of officials use social networks to exchange sensitive information, and can become a victim of cyber attacks.” Especially serious the threat is seen in military terms. “Many soldiers use VK on the front, not realizing that it puts them in mortal danger,” adds Vitaly Moroz.

If you believe published in the December 2016 report, the social network “Vkontakte”, which is very popular among the military of both camps, can be used as a Trojan horse hacker group Fancy Bear (it is suspected of having links with Russian intelligence — approx. ed.) to spread malware that indicates Pro-Russian forces troop movements and battle positions of the Ukrainian army.

In the rear the next few weeks can be hectic. According to various estimates, 40% of the Ukrainian population use Russian sites in everyday life. In particular, this applies to people 50 and 60 years of age who joined the network before the arrival of Facebook on the market, and the Russian-speaking population in the big cities in the East of the country. The reaction of the experts was contradictory.

“If these measures are adopted, they will be the best protection of the information sovereignty of Ukraine”, — said Yevhen Fedchenko, head of the website StopFake and Director of the School of journalism of Kyiv-Mohyla Academy. Politog Mikhail Minakov takes a different point of view: “to Ban social network — these lessons, the government makes from the Arab spring and the revolution on the Maidan.”

The implications of this information protectionism can be very dangerous for already extracted from the balance East of the country. “In the East can be further enhanced anti-Ukrainian sentiments, as well as the resistance to any government action and the distrust of the state”, — said Olena Goroshko from the Kharkiv national University.

Yet thousands of users are sitting on the fence. When Pugach Anastasia looked on Tuesday morning on the smartphone screen, could not believe my eyes. “I went to sleep in Ukraine, where the abolition of European visas, and woke up in North Korea,” — said the press Secretary of the experimental Theatre moved, which puts military drama.

In Ukraine, where the media have only minimal trust, because they are under the control of the oligarchy, mostly through social networks that shape public opinion. “I’m beside myself, this decision is a violation of my rights, — said Anastasia. — I have been advertising our productions through VK, because there is our audience. In addition, there are my friends, photographs and memories.” 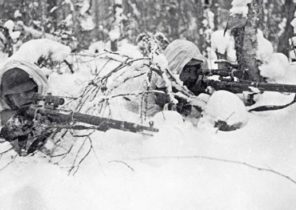