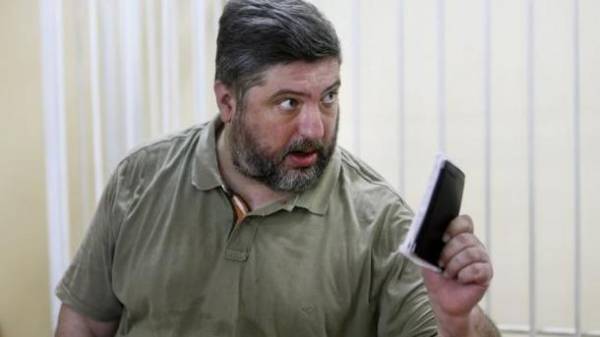 The court of appeal of Kyiv upheld the measure of restraint for the first Deputy Chairman of the Board NAK “Naftogaz of Ukraine” Sergey Fracture, released under the personal guarantee of the number of people’s deputies.

As the press service of the court, on Wednesday, the panel of judges of the judicial chamber on criminal cases of the Appeal court of Kyiv did not satisfy the appeal filed by the Prosecutor and upheld the decision of the investigative judge of the solomiansky district court of Kyiv of April 22, 2017, “which denied the petition of a senior detective, Deputy head of the first Department detectives first unit of detectives division of the Chief of detectives of the National anti-corruption Bureau of Ukraine on measures of restraint in form of detention against the suspect Fractures S. V., and applied the measure of restraint in the form of personal surety, with the laying of the suspect duties under part 5 article 194 of the Criminal procedure code of Ukraine, the suspected Fractures S. V.”

As reported, on 20 April 2017, the detectives of the National anti-corruption Bureau of Ukraine and the prosecutors of the Specialised anti-corruption prosecutors detained two individuals – the former people’s Deputy of four convocations, the former head of the Parliament Committee on fuel and energy complex, Mykola Martynenko and his accomplice – the first Deputy Chairman of the Board NAK “Naftogaz of Ukraine” Sergey Fracture – suspected of committing crimes under part 1 of Art. 255 (creating criminal organization) and part 5 article 191 (assignment, waste of property or taking to them by abuse of official position) the Criminal code of Ukraine.

On 24 April, the judge of the Solomyansky district court of Kyiv Alexander Bobrovnik released former MP N. Martynenko under the personal guarantee of the number of people’s deputies and the Minister of sports of Ukraine Igor Zhdanov. Thus, the judge refused the prosecution in the remand Martynenko in the form of detention with possibility of bail in the amount of UAH 300 million.

The fracture of the Solomensky district court of Kiev on the same day, also released under the personal guarantee of the number of people’s deputies. The fracture also appears in the criminal proceedings on the fact of causing of losses “Odessa port plant” in the amount of UAH 205 million. This case has already been submitted to the court and the detainee has the status of the accused.