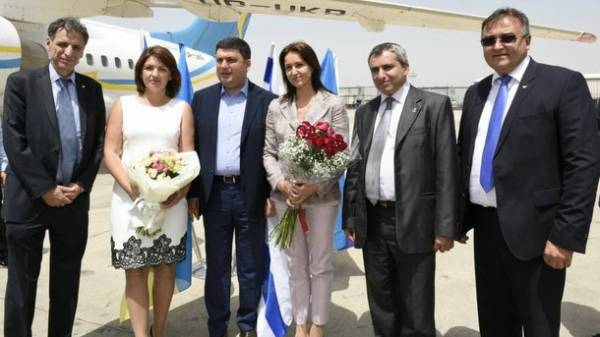 Prime Minister of Ukraine Vladimir Groisman said that Ukraine and Israel should do more to coordinate their actions in the international arena. He said this during the meeting with President of Israel Reuven Rivlin, the press service of the Cabinet.

According to the report, the parties discussed the question of cooperation of countries in the international arena, particularly in international organizations.

“In this context, Volodymyr Groysman noted that Ukraine wants Israel’s independence and peace,” the message reads.

Ukrainian Premier stressed that Ukraine is a friend of Israel.

“We must build a good partnership, a good future – we are interested in it. It is necessary to deepen our bilateral dialogue to better understand each other and more co-ordinated including in the international arena. Only dialogue can find solutions,” – said Groisman.

Reportedly, during the negotiations Groisman and Rivlin raised the issue of the opposition of Ukraine to the Russian aggression, as well as the question of the status of implementation of the Minsk agreements.

In this context, Rivlin emphasized that Israel supports the sovereignty and territorial integrity of the Ukrainian state.

Speaking about the prospects of deepening economic cooperation, the Prime Minister noted the positive dynamics of bilateral trade of Ukraine and Israel, the press service of the Cabinet.

Clarification of the mechanisms of resolution of issues on the agenda will be a good result for the development of the economies of the two States, said Groisman.