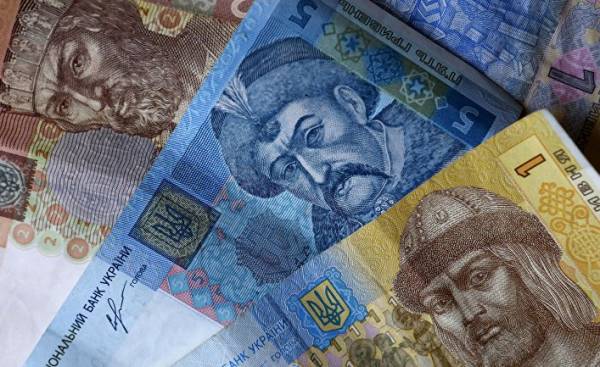 At first sight, in Ukraine, little has changed since then, as the separatists supported by Russia three years ago captured the Eastern parts of the country. Periodically there flare up hostilities, but the front line remained almost unchanged, and attempts to find a diplomatic solution have stalled.

But that’s not all. Although the media are writing mainly about the military aspects of the conflict, the real battle for the future of Ukraine is in a different place.

It’s future depends on whether or not Ukraine to restore stability and prosperity even in the face of gross violation of its territorial integrity. In this area she begins to make real progress.

Russian intervention was conceived primarily as a form of economic warfare. The aim was not territorial conquests, but to weaken Ukraine and to turn it into a failed state.

At the initial stage of Moscow were successful. Being in a state of war with its largest trading partner and deprived of many of the most productive industrial enterprises in the East, Ukraine is on the verge of economic collapse.

The hryvnia depreciated by 70% against the dollar, inflation rose to 60%, and the total fiscal deficit (including the state budget and state energy company “Naftogaz”) is more than 10% of GDP. In 2014, the downturn in the economy was equal to 6.6% and in 2016-m to 9.8%. It was much worse than that experienced in Greece.

Three years have passed and the situation has changed greatly. Restored macroeconomic stability, and Ukraine, apparently, has embarked on a path of economic recovery. The stabilisation of the exchange rate helped to control the inflation (last year it dropped to 12.4%, and next is expected to reach six percent).

For the first time since 2012, the growth of production. Last year it amounted to two percent, and this could increase to 2.8%, and in 2018 it is forecast at three percent. In turn, the resumption of growth and declining inflation allowed to start raising the standard of living of the people, which fell sharply. In 2016 11.6% increase in real wages.

The Ukrainian government has also outlined a path to long-term fiscal sustainability through spending cuts and tax reform. The budget deficit, which amounted last year to 2.2%, was significantly below the ceiling of 3.7% set by the IMF.

This year the deficit is expected to grow to 3.1%, but this increase is mainly caused by the reduction of taxes on social insurance, which was necessary to reduce the cost of labor and boost the economy.

The next major challenge is reform of the insolvent pension system that eats more than a quarter of public spending and called the world Bank “important budgetary vulnerability”.

The plan drawn up by Finance Minister Alexander Danyluk, currently pending in the Parliament. It aims to bring expenditures in line with revenues due to the tightening of the rules for provision of benefits, expanding the revenue base and raising the retirement age.

The deficit of the pension today is greater than six percent of GDP, is urgently needed changes to achieve the government’s goal of reducing the overall budget deficit to two percent by 2020.

The progress would not be possible without international financial support, which is based on the IMF loan of 17.5 billion dollars.

The fact that Ukraine was able to receive four tranches of this loan in the total amount of 8.38 billion, completing the set conditions, is in itself an important achievement. Because of previous failures in the implementation of reforms, none of the Ukrainian government still could not get more than one tranche of the IMF funds.

The current administration deserves praise for what it went for unpopular but necessary reforms, which shied away from its predecessors, in particular, abolishing energy subsidies, which engendered inefficiency and corruption.

The government also deserves praise for its prompt action on the elimination of serious financial threats, which it nationalized the country’s largest credit organization “Privat”, which became in December bankrupt.

The exam for these changes in efficiency will be from sentiment, will these reforms Ukraine to obtain badly needed foreign capital. Flows of foreign direct investment, completely stopped with the beginning of the war, was resumed today, although investors act with great caution.

In large measure this is due to changes in the structure of capital in the banking system, but today there is significant new foreign investment in export-oriented production, particularly in the West of Ukraine.

The free trade agreement with the EU and proximity to the European market give Ukraine the opportunity to become an integral part of the continental system of supply and create new centers a cost effective production to replace the lost Eastern capacity.

This year in Ukraine there will be another significant event, when she will return to the sovereign debt market, releasing the first with the 2013 bonds.

When in 2015 the deal has been made about the restructuring of Ukrainian debt, such a prospect seemed very distant. But the program, the IMF stipulated that Ukraine is ready to return to the market in 2017, and now there are signs of investor interest.

To achieve these objectives, Ukraine will need to continue and deepen the initiated reforms.

Having dealt with the pension system, the government will reach a new milestone, which will be land reform. The government hopes that liberalization will increase the flow of investments and will give additional impetus to the agricultural sector.

This week the government postponed the submission to Parliament of the reform bill, because of the populist policies of the opposition are trying to prevent necessary change, and this impedes the transfer of Ukraine the next tranche of the IMF. The moment of truth in this matter come the fall.

As always, further steps are needed to eradicate corruption, which prevents the progress of Ukraine is much stronger than any schemes and intrigues of the Kremlin.

Much of the work in this direction has already been done, but the index of perception of corruption in Ukraine remains high. The change in the situation in this question is the most important task for the country.

It is increasingly clear that the strategy of Russian President Vladimir Putin to ease Ukraine and increased costs for the West for supporting Kyiv has failed, because this country achieves new successes on the path toward self-sufficiency.

But the self-proclaimed Republic in Eastern Ukraine for Moscow to be more unreasonable and unproductive burden.

Such dynamics, not the balance of military power gives Ukraine hope for the restoration of its territorial integrity. Reforms were and still are the most powerful weapon.