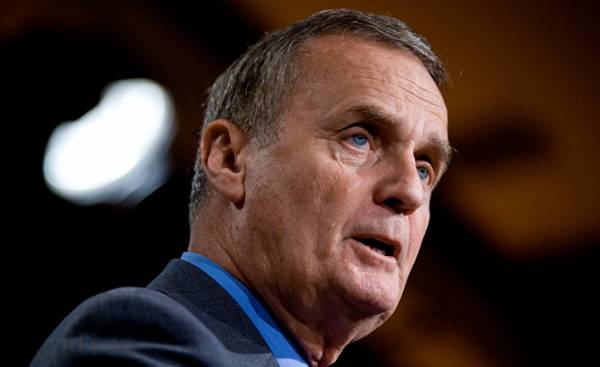 Gazeta Wyborcza: Donald trump has repeatedly said that NATO is obsolete. We need to sound the alarm?

James Jones: Yes And no. NATO is not obsolete, and I think the new President has already changed his mind on this issue. Fortunately, he listens to his advisers on security. However, we need to adapt the Alliance to the realities of the XXI century, to prove that he remains an important organization that is able to deal with those cases, which she now does. NATO was created to defend Western Europe and other parts of the world from the Soviet Union. We responded only after the first blow. Now, when the modern threats of terrorism, a new style of aggression from Russia or the problem of North Korea, we cannot limit ourselves to reacting, the Alliance must become more creative.

I’m not saying that every couple of months we need to join with someone in a military confrontation, I rather mean the prevention of potential conflicts, for example, in Africa with the participation in the peace process in the middle East. First and foremost we need to close ranks with the Arab countries to destroy the hotbeds of terrorism. It seems to me that the people of Europe and especially America actually don’t quite understand why we still need NATO.

— Donald trump sees the threat only in the middle and far East and is aware that security problems exist in the region of Poland?

— The fifth article of the Washington Treaty States that an attack on one of us equals attack on all. I believe that the President trump knows it, and if someone from allies will have problems the rest of the country, including the U.S., will come to his aid.

— Asking a question about the Polish region, I mean Russia’s attack on Ukraine. Decide whether the new us administration to be actively engaged in this topic?

— Yes, though the devil is in the details. At the end of the presidential term of Barack Obama and now, with trump, the United States began to increase its presence in Europe, particularly in the East of the continent. Our troops are in Romania, Bulgaria, Poland, the Baltic States. This is a response to the fact that Moscow seized the Crimea and is engaged in the escalation of problems in Ukraine and the middle East. Pressure on Russia should not be confined to the military domain, it can be economic, energy. There are many ways to send a signal to Moscow that its actions are unacceptable.

— Enough strong the signal that the US President has sent to Moscow?

— I would urge our European friends not to rush to evaluate the new us administration. It included people who had never engaged in the management, and, in addition, we are just starting to meet people who occupied key positions at the State Department, the departments of defense and energy, the national security Council. They will be the embodiment of ideas of the President. Usually the new leadership that it manifested itself and shaped its policy, give six months. In this case, the process may take twice the time.

— Can you imagine a partnership, or a sincere dialogue between America and Russia?

— There was a time when it seemed real to me. From 2003 to 2006 I held a post of the commander of the NATO forces in Europe, then our relationship with Russia was very good. I have been to Moscow, the commander of the Russian armed forces visited my home in Brussels. We engaged in dialogue in the framework of the Council Russia-NATO, operated Council Ukraine-NATO. When, during the first presidential term of Barack Obama, I was the national security adviser, everything looked good: there was agreement on the reduction of armaments, the head of our country has excellent relations with President Medvedev. I really thought that Russia once and for all decided to take a seat in the Euro-Atlantic space, but not outside of it.

But in our world only one person can change everything.

— Vladimir Putin. He returned to the presidency with a completely new policy concept, and now we, unfortunately, have to solve this problem.

— Donald trump gave the order to strike Syrian air base. It was the right decision?

— It was absolutely necessary. The Obama administration unwittingly signaled that the Syrian problem are not interested in her. These signals reached our allies in Europe and especially in the Arab world. The Arab countries decided that we focused on Asia and turned away from them, so they took it. Another was a series of errors during the “Arab spring”, the overthrow of President Mubarak in Egypt and extremely unfortunate bombing of Libya, after which there appeared a plan to rebuild the country without Gaddafi. Also, and this is the biggest mistake we have not learnt from the fact that Bashar Assad crossed the line back in 2013, when it was used against the citizens of their own state’s chemical weapons. Terrorist organizations and Vladimir Putin understand that Washington is weak, and took advantage of it.

Strike on Syrian airbase was, in my opinion, a sign that the U.S. position in relation to this part of the world began to change. Frankly, I would support the idea of the destruction of the entire Syrian aircraft.

— North Korea threatening a nuclear strike. Can the tension at this time, to degenerate into a military conflict?

— Korea is very dangerous though, because what is happening in its territory, we know almost nothing. There are very few channels of communication, they are supported with the mediation of China. If China wanted to, he could control any Korean leader. Of course, assuming that the man who runs North Korea is rational and sane.

Dictators have one thing in common: they never want to leave power. They lose its usually when misjudge the situation. This danger exists now in North Korea. Kim Jong-UN can be wrong in their calculations. It has no such weapons that could threaten US, but there are missiles that can destroy capital of South Korea and fly to several of our other allies in this part of the world. Kim Jong UN, I think, needs to understand that if he will do something, the us response will be devastating, and he loses power.

The Korean problem is concerned now the leaders of many countries, and soon, apparently, it will not lose its relevance, however, I hope that the tactics we chose to preserve the status quo and avoid outbreak of hostilities. I agree with the opinion that if China wanted to take North Korea (and he surely wants) under control, he’d be able to do it, although it is certainly not equivalent to the final solution.

— The world is full of many hotbeds of conflict that the future began to cause more trouble than before?

— XX and XXI century are very different from each other. The development of technology, social networking, a variety of often unpredictable events are faced with the real possibilities of specific countries. There were threats from forces that act within the structures of several States. There is Iran with its nuclear capabilities. It can transfer weapons, for example, Hamas or other terrorist organizations, the effects of which has no responsible country. Here there is a big risk, because if the terrorists get nuclear weapons, it will be a revolution that will completely change the rules of the game. We must act more cohesively.

Organizations that in the last century worked well, now need to act much faster. I mean NATO, the UN and the European Union. We in Washington also should change the style of our actions to withstand the collision with the modern world: the real, not the way we would like it to be.