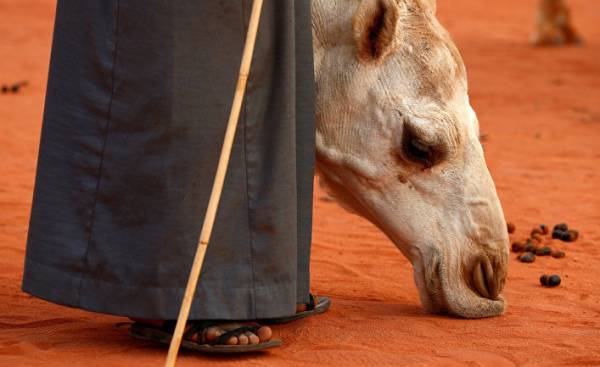 The project on creation of the largest of its kind in the world of culture, sport and recreation sets out the city briefly describes the main direction of development of the Kingdom and the future plans for their implementation. They are associated with the strengthening of the economic and social component, the search for new sources of income and reduce expenditure of the local population on entertainment abroad, which now amount to 100 billion rials per year.

This project reveals the plans State investment Fund to expand beneficial for the economy and society of the local projects which after their implementation will benefit both the country and citizens. Moreover, these projects will be a great source of income to the state Treasury and provide jobs for the local population.

Deputy crown Prince Mohammed Ibn Salman Ibn al-Aziz al-Saud and concurrently Chairman of Fund of state investments has announced that the new city will be located in the district of Qadi, to the South-West of the capital Riyadh, and that he will be the first and only of its kind with a town of this type.

The government hopes that this city will become an important cultural, social and entertainment centre for future generations of the Kingdom of Saudi Arabia.

Investments in this project will be realized with the largest local and international investors, which in turn will help the Kingdom to be a global centre for attracting foreign investment.

Prince Muhammad bin Salman confirms that the Qadi will be a huge jump in the country. Start of construction is planned for early 2018, and the opening of the first phase will occur in 2022. It contributes to the promotion of the tourism cluster and increase the level of services provided in Riyadh, so he finally took his place in the top 100 best cities to live.

Each year, statistical data related to the expenditures of the local population in tourist trips abroad, is growing. So, in the tourist season of 2015, this figure increased by 26.9 billion riyals (39%) compared to 2014, and reached in 96.2 billion riyals. According to the center of MAS, dealing with tourism and national heritage, in 2016, the Saudis spent the rest of 100 billion riyals.

Center MAS expects that in 2020 the gross domestic product of Saudi Arabia in the tourism sector will increase to 118, 8 billion riyals, while the number of jobs in this sector will approach $ 1206.

In 2015, the total amount of income from the tourism sector in the GDP of Saudi Arabia amounted to 80.1 billion rials, which corresponds to 5% of the total excluding the oil sector of the country. Nevertheless, it is expected that with the beginning of the project “Qadi” statistics will begin to change as the city will be built for most advanced travel models, in order to keep pace with time and progress, and compete with the best cities in the world, specializing in razlecheny and sports.

The project on creation of entertainment and sports of the city only confirms the serious intentions of the government of Saudi Arabia to change and rethink many aspects of social and economic life in the country by 2030. One of its objectives is the search for new sources of national income different from oil, which, as practice shows, is unreliable and nebezopasnosti due to its volatile prices on world markets.

The Saudi government believes that the country has important economic sector, which can become important new sources of income, but still they are not used. One of these sectors is tourism, which the government ignored, and, accordingly, did not pay sufficient attention in recent decades.

It’s time to seriously engage in the development of tourism in the country through the implementation of various large-scale projects that will help to convince the local population that the internal tourism is not less exciting and interesting than foreign.

“The plan of the Kingdom by 2030,” confirms that the government will not fail to achieve the goals that were stated about a year ago, namely: structural changes in the economy and the standard of living of citizens.

Were clearly defined milestones and goals that must be realized and attained by a specific point in time, as well as future plans and examples of their implementation.

According to analysts, the project of city entertainment in the district of Qadi aimed at achieving a number of social, economic, and investment goals that meet the interests of citizens.

The most important of these goals is the involvement of local people in domestic tourism by providing all the necessary facilities, to which they are accustomed. It is also important to modernity that this project will be thousands of jobs associated with the activities for attracting domestic and foreign investment.

The private sector will undoubtedly play a role in the promotion of these investments. By studying relevant projects, and choosing a suitable it will be to make decisions about investing in the development of standing.

The project “Qadi” demonstrates the activity of the State investment Fund, as well as its expansion plans at a local and global level through the creation of projects addressing the economic and social side of the country.

Director of the Fund believe that the ability to invest in the country no less important than abroad. However, revenues from foreign projects can be higher, given the high purchasing power of citizens.

The Fund was established in 1971 to Finance development projects of the Kingdom. Now at most it operates as a holding company for government shares in Saudi companies.

Thanks to the project “Qadi”, the Fund has proved its seriousness in conducting internal economic reforms, which laid the beginning of last year. The Foundation expands the scope of its activities and goes abroad. So, he invested in American companies on the car hire Uber in the sphere of new technologies. Also he is currently considering other options for investment, including the Kuwaiti food company and the German financial firms.

The Foundation’s representatives stated that he owns 90% of the new investment company.