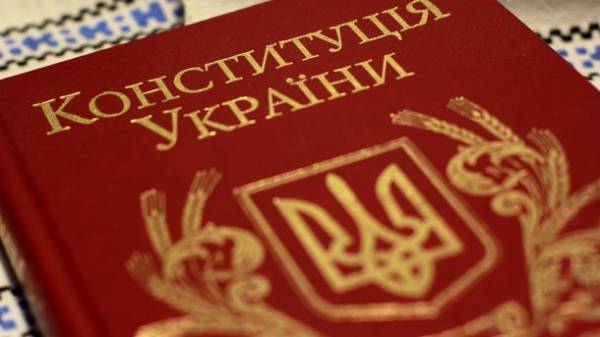 President Petro Poroshenko during a press conference said that the constitutional reform is in its final stage.

Read also: Parliament has changed the rules of amending the Constitution of Ukraine

However, Poroshenko said that there are still a few amendments to the Constitution which he proposed. In particular, this decentralization.

“It (decentralization – ed.) is also explicitly limits the powers of the President. I promised it during the election campaign. Will be eliminated the heads of regional state administrations. The third initiative is the removal of parliamentary immunity. Think it’s important – and Parliament needs to support it. The fourth initiative concerns the constitutional amendments in article 10 concerning the protection of the rights of the Crimean Tatar people. I hope the work will be completed and will give me the opportunity to submit these proposals to the Verkhovna Rada”, – said Poroshenko.