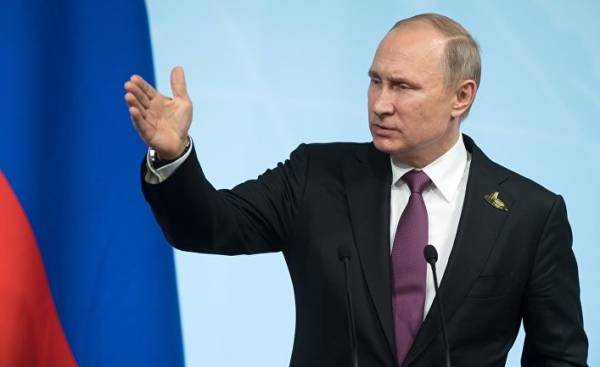 May 17, I watched the broadcast of the conversation between Tucker Carlson (Tucker Carlson) and his conservative guest. This conversation puzzled me. Tucker expressed sincere or feigned — surprise that Democrats and the left in General, “made a similar reversal regarding Russia.” “Pretty ironic that the left first “loved” what now is Russia”, but now they are highly critical of this country and its President. Guest Tucker explained that it was quite natural, because “President Vladimir Putin is not trying to adhere to their progressive worldview, as did the Soviet leaders”. But Tucker continued to talk about a favorable attitude toward the Putin regime as a characteristic of the left. Perhaps he did it partly to draw our attention to the alleged errors of the two Democrats, Barack Obama and Hillary Clinton, who went too far in their attempts to negotiate with Russia.

Although Tucker acted in the interests of a particular party, he might have too long been part of the bubble of the Republican establishment, to fully understand what it meant Prince. Let me put it this way, to make it clear: the farther one goes to the right, the less criticism of Putin he can hear (with a few iskljucenje).

And this is hardly surprising. Putin makes no secret of their ties with the tories — opposed the influence of LGBT activists in the West, speaks well of the cultural influence of the Russian Orthodox Church, and cultivates a friendship with Viktor Orban (Viktor Orban), marine Le Pen (Marine Le Pen) or other representatives of the right wing. Those who are here in the US, called the ultra, noticed these signs and gestures. They they meet or flow of admiration to Putin’s conservative, or criticism of leftists and neo-conservatives, who despise Putin, considering him a “fascist” or reactionary. Need completely understand the ideological differences between the representatives of the right wing to claim that all conservatives are unanimously opposed to Putin. Right, except for the classic “conservative movement”, which involve the journalists, when writing about the conservatives, nourish, and respect — sometimes even excessive respect for the Russian President.

This list includes some authors of articles in Breitbart, Pat Buchanan (Pat Buchanan), paleoconservative and paleolibertarian bloggers, the so-called cultural conservatives, neoconfederate and alternative right. Pat Buchanan is not alone in his beliefs when he praises Putin, calling him “an outstanding statesman of our time” and “one of us, of paleoconservative”. The commentator the newspaper the Daily Beast Caitlin Dickson (Caitlin Dickson) that it is appalling that people with similar views before he was a confidant of American presidents, perhaps only now expanding its political horizons. Now she noticed for the most part marginalized in American conservatives. However, (what’s the opposite of her statements), the conservatives and the establishment Republican party are two completely different forces.

Although I correspond and talk with fans of Putin almost every day, I do not always agree with their opinions about the Russian President. Unlike my fellow conservatives, I don’t think Putin is a man of paramount importance to the world and who asks for advice from Orthodox saints, before taking political decisions. Its aggressive behaviour in Ukraine and Syria indicates that we need to very carefully relate to its expansionist ambitions. Moreover, I was very worried about my friends-conservatives who, apparently, completely forgot about all the killings and abuses perpetrated by the Russian government of the past in the Ukraine, the Baltic States, Hungary, Poland and other countries of Central and Eastern Europe. Trump was absolutely right when he reminded the poles (which and without it well all remember) about their sufferings during the Soviet occupation. And since Putin was a former KGB agent, he is also to some extent responsible for the actions of the repressive Soviet government, which has suffered so many Europeans.

But I also understand the frustration of the Pro-Putin conservatives in the United States and Western Europe. These people saw firsthand how the centre-right has made a decisive turn to the left on social and cultural issues. The conservative establishment has also teamed up with the left against the populists, and traditional conservatives. Understandable frustration fuels the admiration for Putin and sometimes forcing their carriers to see significant advantages in trump. It is the worship of Putin is also driven by the moral arguments of the plan which the left and neoconservatives put forward in an attempt to explain to us why we have to hate this Russian “killer”. All of these arguments are extremely vividly described in the book entitled “the End of Europe: dictators, demagogues and the coming age of obscurantism” (The End of Europe: Dictators, lowliest demagogues, and the Coming Dark Age) a supporter of neoconservatism James Kirchik (James Kirchik). The “good Europe”, which Kirchik invites us to admire, is for the most part, politically correct Europe, which supports feminism, gay rights, and secularism. But, according to Kirchik, this “West” is currently under attack. He points to the danger posed by Muslim extremists. They are both anti-Semites and opponents of the type advanced democracy, the fruits of which, according to Kirchik, should enjoy the world.

The book “the End of Europe” has revived the conceptual polarity that Arthur Schlesinger (Arthur Schlesinger) introduced in the American political debate after the Second world war, published his famous work “the Vital center: politics of freedom.” The “good guys” are in the place that Schlesinger calls the “centre”, and both sides prop up them “extremists”. From the point of view of Kirchik and other neo-cons, extremists on the right is homophobic, nationalist and religious reactionaries like Putin, Le Pen and Orban, and the extremists on the left is the radical Muslims and their Western accomplices. “The coming age of obscurantism” may soon descend on Europe if Europe does not begin to grow rapidly the number of adherents of Kirchik and his neoconservative and neoliberal patrons.

View of Kirchik is quite common among not too conservative, “respectable” conservatives. And it is not only exasperated more pure conservatives, but also pushes them — metaphorically speaking — right into the arms of Vladimir Putin. If Weekly Standard, National Review and the Wall Street Journal begin to practice the neoconservative views of Kirchik on the future of Europe, then their most hated enemy in Europe, Vladimir Putin, seem conservatives, do not share the point of view of the right of establishment, absolutely wonderful person. The American right wing includes the official opposition left-wing party and a lot more energetic and genuine conservatives, which the establishment tries to keep in the shadows. According to George Hawley (George Hawley) in his work on the ultra-right critics of the conservative movement, these two branches of the conservatives for several decades were mortal enemies, so I am not surprised that Tucker Carlson, who deals mainly with representatives of the Washington elites, Republican conservatives, in whose veins flows the blue blood, knows nothing about the position of those of the right with which it communicates. The only Pro-Putin votes on the program was the voices of two unorthodox “left” — Stephen Cohen (Stephen Cohen) and Oliver stone (Oliver Stone).

It would be wrong to finish this article without mentioning one very sensible comment regarding Putin, I found where least expected to find him — the chief editor of the Weekly Standard. Speaking of Hillsdale College, Christopher Caldwell (Christopher Caldwell) very eloquently explained why “were looked down upon” conservatives admire Putin in spite of all its shortcomings. Caldwell’s statement that Putin is a symbol of resistance to globalism and the left LEDs seem to be absolutely convincing. His speech Caldwell concluded as follows: “Putin has become a symbol of national sovereignty in this battle against globalization. This is the greatest battle of our time. And, as shown by the results of our elections, this is true even of America.”

Paul Gottfried is Professor Emeritus of Humanities, Elizabethtown College, where he taught for 25 years, recipient of a scholarship from the Guggenheim Foundation and the degree of doctor of philosophy at Yale University. He writes articles for various websites and academic journals and is the author of 13 books, which have been translated into many languages and are very popular in Eastern Europe. 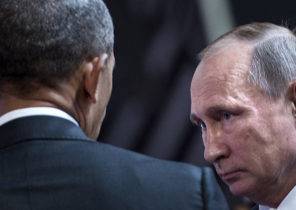 Crazy Americans plan for survival after a nuclear attack the USSR