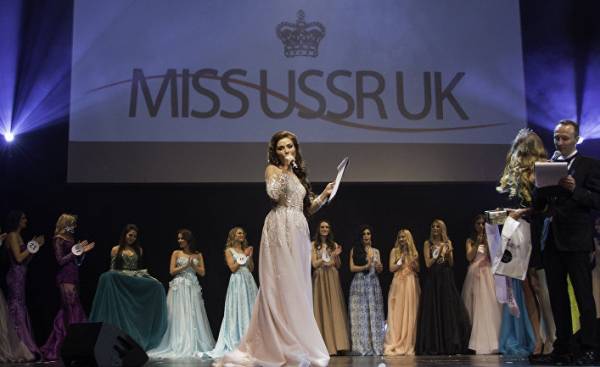 “Victoria Kalnina, Latvia, 18 years old. I spent half my life in the UK. Father Bulgarian, mother Russian”. Provides such information, the British newspaper the Sun about a girl who represented Latvia at the last London competition “M USSR UK”. (Abbreviation USSR (Soviet Union) means the Union of Soviet Socialist Republics, the state that ceased to exist 25 years ago). Kalnina — not only of those who at a meeting in late April, the competition carried the name of Latvia. However, in Latvia the event was unnoticed. Only one of the inhabitants of the country published in social networks a few entries with photos, which show the contestants in bikini, short pseudo-national skirts and perceivedas wreaths on his head. “No one is confused that the Soviet Union contestants even in diapers not seen,” said one commenter. Another Twitter user wrote: “Who is taken seriously? If not a photo, no one would know it.”

In the British capital London, this beauty contest is now in its fifth year. It involves women from the former Soviet republics. The founder of the competition — Yulia Titova. “Mission M USSR is the glorification of individual beauty, cultural heritage and brands, linking them into a single coalition in post-Soviet countries,” — said on the website of the competition.

The name of the contest all these years caused various discussions. The Embassy of Lithuania demanded to remove the name of his country of all related event materials. The organizers criticized the incorrect interpretation of history, pointing out that the UK was among those Western countries that have never supported the forced incorporation of Lithuania into the Soviet Union. However, the organizers of the competition-this seems to be neither hot nor cold.

In the Latvian press competition more was discussed four years ago, when the jury of the 25 finalists declared winner born in Riga Victoria Eremin. Last year was won by 26-year-old Lithuanian Agne Scopate, this is the Russian Anastasia Boyle.

English says only one

This year the competition M USSR launched five girls from Latvia, one Latvian said only one, says 27-year-old contestant Diana Barzdina from Daugavpils, which in the UK has been living for 8 years and works in the field of cosmetology. The rest of the girls. not talking. “I can’t say for sure, whether they understand the language, but not speak. They are from Russian families and have been living here, they are young,” said Diana. At the time it is in Daugavpils secondary music school, he received a specialty choral conductor, in the fall plans to study accounting. Loves everything related to makeup, design hairstyles and clothing, so I decided to participate in M USSR.

“I’ve heard a lot of bad reviews about the name of the competition. I know that there was a dispute with the embassies of Lithuania and Estonia, they did not want to use the flags of their countries. But many don’t know what the competition is held in English. Just the name, it is created for girls who speak Russian and come from the 15 republics of the former USSR. Of course, it would be possible to change the name, but I think that it attracts attention, it is a kind of publicity stunt, no ideology, no” — says Diana.

Language proficiency is not a prerequisite for participation in M USSR, this year, two contestants from Moldova did not know the Russian language. Rehearsals were held in two languages — English and Russian. “Of course, are invited popular people from Russia, singers, designers, but the competition will be held in English. About politics there is no question. You know how I acted, and I know that Latvia is for me will not be ashamed,” said Diana.

The competition is quite popular in Russian-speaking environment, the first selection was filming Channel 4 (one of the largest British TV). The final was held in the hall with 2000 spectators. Ten-seat tables in front of the stage cost 3000-6000 British pounds sterling, on the balcony was available cheaper places — from 40 pounds.

“The concept of shame”

Both opponents and supporters of the contest agrees that his name, of course, unsuccessful. Lauris has Lauskis, owner of the news portal of the Diaspora Anglo Baltic News, did not think that the very fact of holding such a contest there’s something terrible: “First of all, it is a business project. People are searching for their identity and the opportunity to Express themselves. Latvians go to the Daugava vanagi and dancing folk dances, these people have other things that unite them. Yes, the name of the contest unsuccessful. Question about it I also asked an English journalist. But then we come to the fact that it is unclear how these people can identify themselves in one single community that would be self-evident and clear. How else to call it — beauty contest for girls from Eastern Europe? Of course, for many, the name may be offensive”.

The Lithuanian Embassy in the UK has always been against the competition M USSR: “We believe that the concept of this presentation is shameful. The legacy of the Soviet Union definitely is not one that you need to protect and cherish. The USSR was a totalitarian state, which brutally annexed the Baltic States during the Second world war. It’s a free choice each of you to participate in this or not, but the Embassy of Lithuania participation does not approve of”.

Does not approve M USSR Embassy of Latvia: “the said beauty contest event organized privately and within the law. Because of the name we do not support the participation of citizens of Latvia in this contest and urge you not to give it publicity”.

Aivars Cinca, Chairman of the Board of Daugavas vanagi: “In the 20th century Latvia was tormented, tortured and enslaved the people of Latvia two bloodthirsty superpower — the Soviet Union and Nazi Germany. Unthinkable and unacceptable in any civilized state called a beauty contest, for example, “Miss Third Reich.” Also the unnatural hold a contest, called name of the dictatorship of Stalin.”

An attempt was made to contact the organizers of the competition, but they did not respond for an interview. 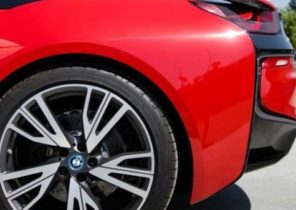