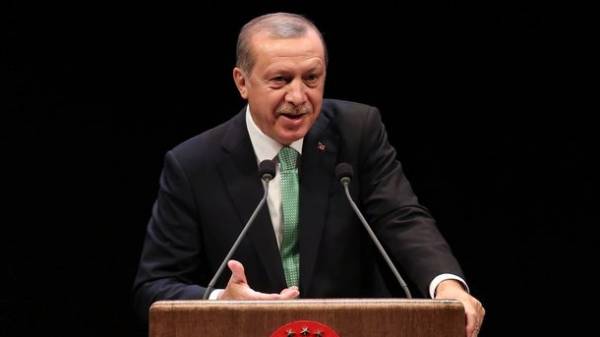 Turkish President Recep Tayyip Erdogan will demand from the American President Donald trump to give Ankara a preacher Fethullah Gulen at the meeting, which will take place at the White house on may 16. About the same time, Erdogan told reporters on the eve of his visit to the United States, according to the Turkish state Anadolu news Agency, reports “Ukrainian truth”.

Erdogan noted that he would discuss with the trump the issue of extradition of gülen, who is in Turkey is suspected of organizing a military mutiny.

“We have prepared some documents and information which we will provide. In my opinion, the United States should not be the incubation center FETO (organization of supporters of Fethullah Gulen. – Ed.)”, – Erdogan said.

Recall, trump was invited Erdogan to the White house in late April.

Earlier it was reported that Erdogan, during a meeting with trump wants to convince the US President that the operations for the liberation of Raqqa from ISIS need to connect the Turkish reserve forces, and not Kurdish.