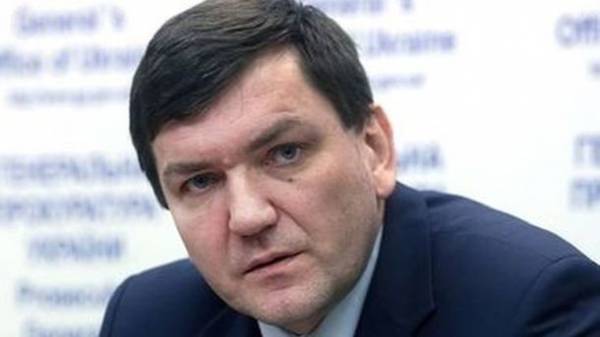 At the moment, more than 20 law enforcement officers who appear as suspects in a criminal case about the events on the Maidan, continue to work. This was announced by the head of the Department of special investigations of the Prosecutor General of Ukraine Serhiy Gorbatyuk.

“Among the suspects on November 30 – one, 1 Dec – two the storming of the Maidan on December 10-11 – three, colonnade – four, Mikhail Gavrilyuk (when soldiers of Internal troops detained him, stripped him naked in the cold, tortured, and carried with him a photo session on the street Grushevskogo, – Ed.) – plus another four; “Automaidan” (organization of law enforcement harassment of activists – Ed.) – also one suspect works. Beatings in the streets Shchorsa, Grushevskogo – we have no suspicion, but five are checked for involvement. To attract the protesters to criminal liability two also continue to work. The episode obstruction of journalistic activities at the exhibition “Volyn massacre” in 2010 while it is open in the “Ukrainian house” – the three continue to work. Events February 18 – too three, one was dismissed,” said Gorbatuk.

In addition, Mr. Yan said that now the investigation continues into the murder of law enforcement officers on the Maidan.

Recall, also, some reported that to date, cases of crimes on the Maidan made 31 sentence.