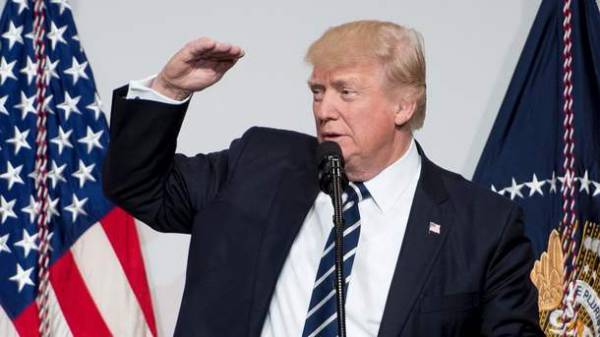 To solve the problem with the Russian aggression will have Ukraine and European countries as for the USA this region is the foreground. This opinion was expressed by “Apostrophe” Russian opposition Konstantin Borovoy

According to him, the Donbass to the Americans – a strategic region for them is more headache.

“If some stabilization is possible, thanks to the efforts of European leaders and Ukraine itself. Long ago there was a situation when Ukraine does not solve their own problems, trying to connect to their decision of the Europeans. It’s right in the sense that Ukraine is the forefront of European civilization, a frontier protection against the aggression of the Soviet type, with propaganda, with elements of a hybrid war. The loss of Ukraine, the promotion of Russia to the West will mean a significant complication of the situation in nearby States in the Baltics, in Germany. Therefore, Petro Poroshenko, and other representatives of the Ukrainian elite, correctly counting on the understanding of the situation: that it’s not only Ukraine’s problem, it is a problem of the entire European community,” – said Borovoy and added that in this situation much depends on Ukraine itself.

“For Russia to negotiate is to ensure that the US did not intervene in the area of economic and political interests of the Russian Federation. Is formulate Lavrov, Putin said. In fact, Lavrov this and has made (during a recent visit to the United States – ed.). He very proudly announced that the situation in Ukraine was not discussed at these meetings (with the Secretary of state Rex Tillerson and the President of the United States Donald trump – ed.)”, – said the oppositionist.

However, he added that without resolving the Ukrainian crisis, the United States will not be easy to solve other geopolitical problems.

We will remind, on may 10, Donald trump took the White house, the foreign Minister of Ukraine Pavlo Klimkin. Before this took place the meeting of head of the Ukrainian foreign Ministry with Vice-President of the United States by Michael Penny.

The results of these meetings in the White house said that trump wants to cooperate with the Ukrainian authorities on the settlement of the conflict in Donbass peacefully.