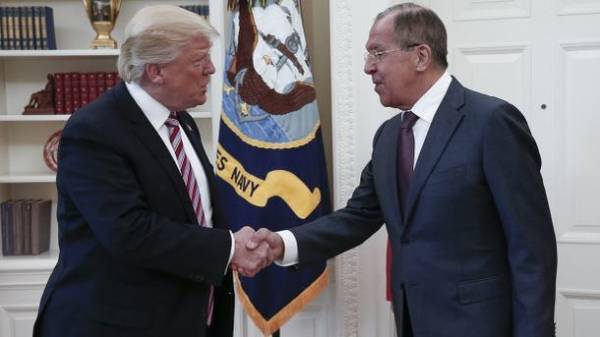 Moscow is not going to impose on the Americans, how they work, with the format of cooperation Washington will decide. This was stated by Minister of foreign Affairs of Russia Sergey Lavrov, commenting on the results of the meeting with the US President Donald trump, reports “RIA Novosti”.

“We all know that the presidential Commission was a very useful tool, but given the fact that now the new administration, we leave it to the discretion of Donald trump and his employees the question of what forms the relationship with the Russian Federation to develop”, — said Lavrov.

During a meeting with trump Lavrov explained that Russia is ready to normalize relations as soon as will be ready for US.

“We will be ready to act to the extent and as quickly as it will be convenient for the administration, which still forms the team, including foreign policy”, — said Lavrov.

In turn, Donald trump said after talks with Lavrov that the dialogue with Russia will bring peace in Syria and Ukraine.