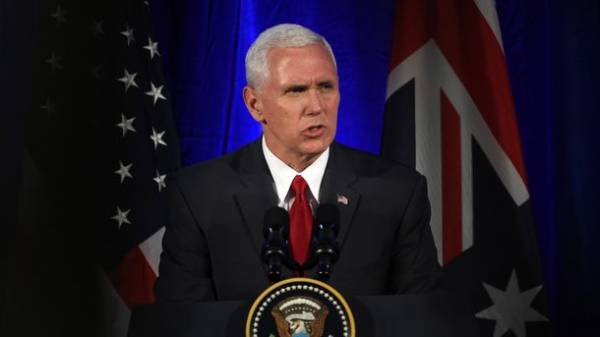 It seems that Vice-President Mike Pence becoming a responsible official in the state Department, who will lead the Ukrainian dossier. Comments about this “Today” said former U.S. Ambassador to Ukraine John Herbst.

As to the meeting of US President Donald trump with Lavrov, according to John Herbst, the agenda of their talks was the issues which the parties did not want to become public. “Both the American and the Russian side underlined the positive attitude to meet Lavrov in Washington, but did not provide any details with the exception of Syria, which was on the agenda. This suggests that both sides wanted to avoid a public backlash,” concluded Herbst.

We will remind, on may 10 at the White house Donald trump almost simultaneously held talks with Russian foreign Minister Sergei Lavrov and Ukrainian Pavlo Klimkin. However, unlike the meetings with the representatives of Russia, the talks with Klimkin was attended by Vice-President Mike Pence. Later after the meeting he wrote in his Twitter on unshakable support for the sovereignty and territorial integrity of Ukraine.