Plan for partnership with Russia, which is carrying the US President-elect, Donald trump, faced with a new, more serious obstacle. This writes the journalist The Wall Street Journal’s Peter Nicholas reports InoPressa.

“One of the main foreign policy promises of the elected President of the United States Donald trump is that he will establish a working relationship with Russia – will turn the old enemy into an ally in the fight against terrorist networks abroad and other global threats, which were introduced into the confused President Obama”, – writes the journalist.

But the dream of a strong discharge will undergo a severe test of strength: the trump shall inherit the Russian-American relations, which has left an indelible imprint sanctions imposed by Obama on Thursday. “Maybe trump will not be free hand, which he expected,” the author concludes.

Prominent Republicans in Congress supported sanctions, and two of the influential Senator-Republican – John McCain and Lindsey Graham – want to be even more strict measures.

“The legislators apparently are going to hold a meeting on the investigation of the Russian hacker attacks. This could potentially persuade American public opinion to take more decisive criticism of the Russian leadership that trump is courting”, – stated in the article.

“And yet, trump is not quite backed into a corner. Senior officials of the US administration said that the new President after taking office may cancel the sanctions,” – said Nicholas.

Trump can offer Russia that they will ease sanctions in return for greater cooperation in the fight against “Islamic state” and promote peace in Syria. At the same time, it can threaten escalation of the conflict, hoping to keep Russia from new aggressive steps, the article says.

“Trump and his team from the very beginning wanted to avoid any setback in the rapprochement with Russia”, – believes the author. He points out that trump was chosen as Secretary Rex Tillerson, whose good relations with Russian President Putin.

The team of Donald trump said that imposed by the Obama administration sanctions against Russia aimed at the case against the elected President of the USA. “Even those who are sympathetic to President Obama for most items indicate that what he did today is part of the measures which may be called the desire to “corner” President-elect trump,” said assistant Kellin Conway. 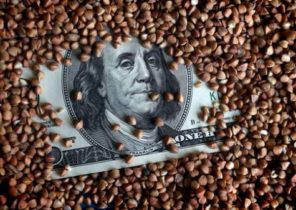