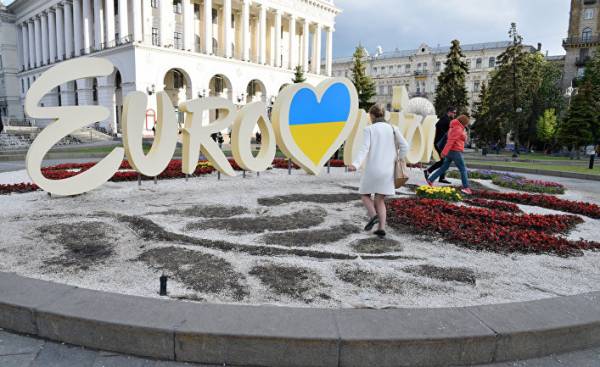 International song contest, the right of which a year ago defended Ukraine (after a resounding victory Jamala in Stockholm with the now historical composition “1944”), which is close to the finish line on the left Bank of the Dnieper. However, it is possible that this song will not strangle, will not kill, and the sequel to the Eurovision soon will have a different color genre — crime Thriller.

Some experts, lovers, supporters and just the scatterbrain, by the way, has noticed a similar mood: the demand to continue the feast right after eurofinal. A significant part of our music lovers are not so interesting European song repertoire (usually from year to year, he stable is rarely anything outstanding), and interesting effects cheap songs and dances. And maybe, in the night from Saturday to Sunday (from 13 to 14 may) immediately and will start another round of RAID — the fight against corruption in Ukraine — and in breaking in the media, loud, socially attractive project. Money which was released Nemer. About 30 million euros.

And, as they say, the Rangers and the deputies, not all of these funds expended courageous organizers — to organize and art. The more spent they are not always economically, but — in an interesting order. Actually I wonder how much immediately after the “Eurovision” in Kiev will be a new suburban palaces and castles, urgently transferred to the mother in laws, grandmothers, grandfathers? Or even on dead souls? And how many “millions” were deposited in the offshore accounts of a particular crystal clear?

Not musical intelligence, but rather such language is regularly impregnated tape and vocabulary of our best friend Facebook. And this “razoblachitelnoy” on the basis of the Eurovision song contest might be a wonderful PR platform for fighters against corruption, honest deputies and other terminators that immediately after the final song will be famously waving swords, demanding justice. And reminding people of the unforgettable — uglovskoe from unbarred we have of the film: “a Thief should sit in jail!”.

“Eurovision” in Kiev, thoroughly imbued with the cognitive dissonance. Let me remind you, is a state of discomfort caused by the collision in the mind of the individual (or social consciousness) of the conflicting ideas about reality. For example, a wealthy Stockholm Eurovision spends 9 million euros, Gazprom’s Moscow — 44, the resilient Copenhagen — 60, Baku — 46 million And beloved and war-torn Ukraine — 30 million euros. A lot or a little? Looking at a pocket watch.

I remember the Minister of Finance of Ukraine, a year ago, learned about the great happiness is bad weather, piled on the head our country in Eurovision, I almost fainted. “Where is the money in the impoverished budget?” But, apparently, he then quickly and efficiently pumped out. And reported the following: “Not important “where” and more important “where” they will be redirected later on.” In this hell under the economic debate was summed up. The theme of poverty in the country none of the Ministers never came back.

The work started one of the active young team over the European project. The leader of this team, Alexander Harbin, gave dozens of interviews with a nervous hint: we will soon merge, because they are preparing the development budget another! And they still leaked. And on the budget of “Eurovision-2017” next came a young but already toothed team headed by Pavel Gritsak.

And this amazing financial Copperfield, giving us two already evrovidenija holiday, apparently, actively and confidently wielding familiar to him. And no one doubts that the threatening deputies and acute writers will never get the dashing action — Hunting “Gritsak” immediately after “Euro”. Since the important factor is the reputation. And it is unlikely “the Supreme Khural” (Bankova, Hrushevskoho) will be given at the mercy of the one whom he himself has appointed to be responsible for millions. That is, the Executive producer of Eurovision-2017.

In addition, the clever Mr. Hrytsak is an important and reliable defender in the person of Jon Ola Sanda (Director of Eurovision, Executive producer of the contest), which is supposedly very happy with the professionalism and activity of the Ukrainian Manager. Which — whatever you said — dragged, pulled (dziadok as a turnip), but still pulled the heavy competition in the Ukrainian capital.

The picture on the TV is decent and bright, completely miserable: all flies, glitters and shimmers. Foreign guests seems to be too many happy, or they just knew where they were going, and what awaits them. A popular song “where the money goes, in what city?” the song will remain. As we all know, more money (much more than 30 million euros) is spent in our remarkable country on the “other” areas, very distant from the projects of national and international significance. So “cognitive dissonance” — is obvious.

On the one hand, our Patriotic joy that still won that victory for us that, despite the war in Eastern Ukraine, thousands of foreigners came and supported. But then, you and the hidden tears of sadness. It seems not very visible public euphoria (if you compare with the first “Eurovision” in Kiev). Seems to be no “order” of romanticism, serenity, no widespread fraternization and even “support”. For many good and such painful internal reasons.

Because here in the us, sometimes wonderful, influential, media and megapenny evrokonkurs pop songs perceived on the basis of the saying “Psvt crying, psvt jumping”. Many Ukrainians not to songs. The country benefits hugely expensive lottery ticket. And someone in this country gets funerals. And it is also an objective reality, and cognitive dissonance present “the Eurovision” in Kiev.

Dress for a million hryvnia. The chairs for the concert hall. The longest and therefore expensive red carpet in the history of the competition. A bunch of unsold tickets for the semi-finals. Inflated purchase prices even a poor mineral water. Modest is Eurovision in the clothes of the city. The same roads. And certainly not such fools. Which of the above list of virtues, no doubt, felt much more comfortable than before.

But this is only one side of the moon “Eurovision” only one shade of cognitive dissonance. Everything else has a holiday goes to plan. Ukraine as you can, keeps the brand. Based on the same television images, the organizational level and the total repertoire is not “shame-shame” and the power pop product. The fact that from year to year offers a similar competition, which was previously attributed to the interests of the Housewives, and now attribute it solely to scientists.

It is premature to allocate any honest leader. Although the bookies have called for Francesco Gabbani. He’s long been a leader in all of the calculations and surveys. But yet the fact that he wins with a rollicking song, accompanied by “monkeys”.

There is a chance for artist from Portugal. Is Salvador Sobral. His song Amar Pelos Dois excited an audience of millions minimalism and some theatrical autism. The contractor turned out to be not a very healthy man (he underwent heart surgery), presented a touching song as the cry of lonely and wounded souls. Abandoning the jewelry, props, glued beard. I think his eyes off the TV screen stuck into your heart. God give him health.

Funny the number of representatives of Moldova: clockwork, literally addictive in the dance. There are advantages from the representatives of Bulgaria. What are Ukraine’s chances in this competition? For some reason no one special chance does not. Even lead to on the eve of the show somehow sadly joked on this topic.

O. Torvald — a wonderful team. But it clearly has been hijacked and genre that prevail in this competition, and geopolitical circumstances, which do not provide twice the victory of one and the same country.

FREAKS. In this role, as many have already noted, acts as the perfect character for Eurovision — Slavko Kalezic from Montenegro. In the final, he failed. But his long scythe maiden brought a lot of joy to the natives of the European song contest. As they say, beard is one (from Conchita Wurst).

APOSTATES. The scandal with the possible contestant of the Russian Federation — Yulia Samoilova (in a wheelchair) — clearly went on the decline. PR campaign or PR provocation (as you prefer) still has not worked. In this world everything is transitory, so constantly remember the one about the singer and not necessarily. Of course, getting it to Kiev, the competition would get tougher and controversial political genre relapses. But don’t have that. Besides not unified Russia.

This year participation in the Eurovision song contest for various reasons refused Turkey, Bosnia and Herzegovina, Slovenia. Some of these countries could not scrape up the bottom of the barrel enough money for the song europractice. And some to it the strict moral and even religious claims. You know what.

JAMAL. The remarkable performance of the Ukrainian singer in the final of the first semi-final. Two different songs, two different ways. Two different dresses (who cares how much they cost?). “1944” in the new version read as a song about the roll-call of generations, forgotten children of the tragedy of their ancestors. Meanwhile, a perfect outrage that the singer-the winner due to some bungling was not allowed at the beginning of the festival on the red carpet. It is unlikely for this malice. This is rather a mess. According to the principle — one hundred Housewives in one kitchen.

GENRE. Last year, in Stockholm, Eurovision meets the standards of pure “political theater” with all its components (in particular, a song in which some “heard” clean politics; geopolitical tug-of-war in the finals between Russia and Ukraine, etc.), but this year the genre is somewhat different. Crime Thriller (as was assumed in the beginning of the notes)? Something like detective or fantasy? When a poor country suddenly becomes very rich (judging by the budget of the competition), and then the whole country begins to frantically look for where the money went? 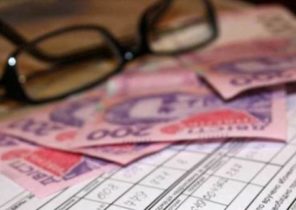