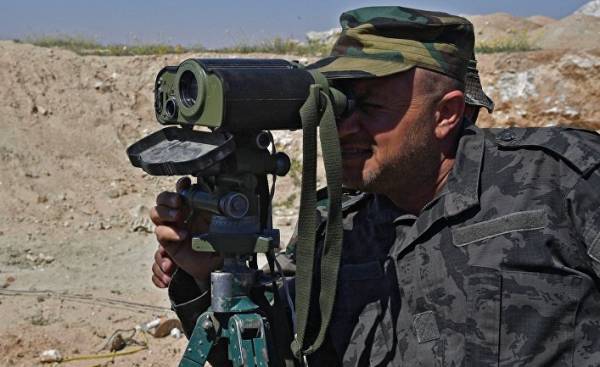 It seems that Russia is fighting a race against time, trying to strengthen and increase its power by creating new military bases, for example, in city of Afrin North of Aleppo, and forming a friendly armed militias in the governorate of es-Suwayda.

Articles in the local newspaper describes the visit of Russian military delegation in the city of es-Suwayda in southern Syria last week, during which the Russian side proposed the idea of creating military forces in this city.

On the page “es-Suwayda 24” at Facebook mentioned that the Russian delegation met with residents and discussed the possibility of forming a Russian-backed military militias to “protect the city from external threats.”

Moreover, the page provides information about what the Russian delegation is ready to provide some beneficial suggestions for everyone who is ready to join the militias, for example, a monthly salary of $ 200.

Although since the visit less than a week, the page “es-Suwayda 24” journalist Abu Ryan Maaroufi confirmed that Russia’s proposal was not approved by residents of the province. Moreover, they categorically stated their unwillingness to accept such an idea.

Abu Ryan Maarafi said: “We can say that the embodiment of the idea is completely stopped. Because there were no comments from the sheikhs of the city of es-Suwayda, which, in turn, did not even attend the meeting…”

The journalist added: “Since the beginning of the Syrian revolution, the elders remain neutral. Moreover, they were more on the side of the Assad regime, rather than on the side of the opposition. However, at the same time, all the projects that wants to implement Assad in the province remain without a response”.

Answering the question about the true goals of Russia, it covers the formation of militias in the governorate, said: “Russia wants to station troops throughout Syria. It seems that she does everything possible in order to strengthen its presence in the country, and, therefore, seeks to transform itself into a “strong” figure, whose views on the issues facing Syria in the future would be impossible to ignore.”

In the context of the Russian military move in es-Suwayda journalist and writer Hafez Karkut saw the “proof of the failure of Russian diplomacy, which is considered one of the oldest”.

He said, “Their participation in the Syrian conflict, Russia wants to show that she is an influential and powerful force. That’s why she began to move their troops in such parts of the Syrian territories as Afrin and es-Suwayda. Moscow is acting as a rogue gang, not as a superpower.”

Hafez Karkut born in es-Suwayda, hinting at what happened at the end of last year in the city of Aleppo after the withdrawal of the troops from him, he added: “After regime forces of Bashar al-Assad took Aleppo, the Russians noticed that the military presence is not possible.” Keeping in mind the difficulties caused by the appearance of Iranian and Lebanese militants and civilians from militias, which, of course, was the cause of international pressure on Russia.

Karkut also said the decrease in Russian chances of success in the matter of the formation of militias in the province of es-Suwayda. He said: “Residents and the people of this province do not agree with the positions of all the Iranian and the Lebanese forces”.

He further explained his speech: “Iran had failed and was not able to form a militia in this province, as well as the failed Lebanese politics Viama Wahhab (Lebanese politician, druz, member of the “March 8 Coalition”, a supporter of Pro-Syrian views — approx. ed.) and Samir Kantar (Lebanese, Druze, leftist member of the paramilitary organization front for the liberation of Palestine — approx. ed) the same fate awaits Russia in this province.”

Hafez Charcot condemned the entry of “certain number” of the inhabitants of es-Suwaidy in the so-called “people’s committees” to act on the side of the regime of Bashar al-Assad. He described them as “Blackmailers, which, undoubtedly, must be present in all societies”.

On the other hand, the journalist believes the recent release of prisoners convicted on such criminal charges as murder, drugs and smuggling, in es-Suwayda “explicit preparation for the agreements with Russia in this matter.” He added: “of Course, that all these people crave money and power, that is why trying to get into the militia. Obviously, some of them expressed their willingness to join these ranks”.

In turn, Hafez Korkut drew attention to the dangerous growth of public indignation caused by the abduction and underclothes movement of people between the provinces of es-Suwayda and Dar. He also said that “these errors facilitate the activities of the anti-revolutionary parties in the province”.

The journalist noted that “the regime of Bashar al-Assad and Russia spread fear among the inhabitants of es-Suwaidy. Such events illustrate the fact that the presence of public organizations in the East of the governorate, is a constant source of threat”.

It is noteworthy that from time to time in the province of es-Suwayda, where the majority of the population is Druze, held demonstrations against the regime of Bashar al-Assad, who actively uses its office of security, along with the armies of civil defence and party. 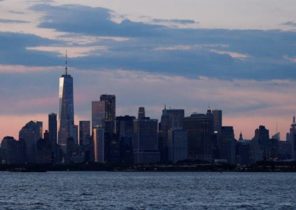