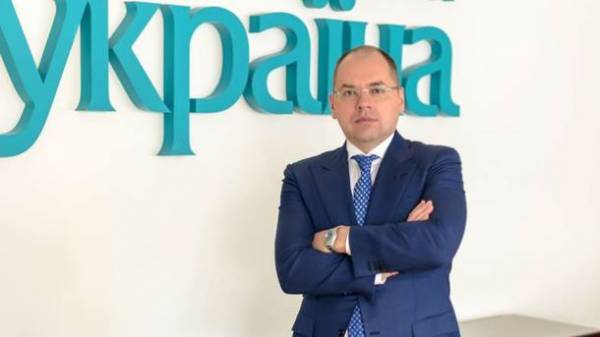 The new Governor of Odesa oblast Maksim Stepanov commented on the situation around the celebration of may 9 in Odessa.

“In Odessa, as well as across the country for several years as the Day of Victory over Nazism from the feast turned into some sort of date of onset of the ideological split in the country. So while it is not cured. Unfortunately. On the one hand, not very concerned citizens with St. George ribbons and symbols of the Soviet Union, on the other hand, the patriots are radicals who believe that being determines consciousness”, wrote Stepanov on Facebook

In his opinion, in fact, the unrest is determined by the picture for rostv on “and that there is a wildness in Ukraine?”. “The fact that wearing a St. George ribbon, a symbol created in Russia, the state-aggressor, is treacherous to the country and those who fight, who gave their lives for Ukraine, for their families – it is possible and not to discuss,” he adds.

The Governor notes that there is another minority, radical, not less active. “The patriotism of many, not all, of course, extremely doubtful. What is the effect of this “Patriotic”? In the TV show and his own PR, is that… as those who believe in gods and the Soviet Russian Paradise, we are unlikely to convince. Yes, and they are in the minority – says Stepanov and adds: – But we don’t need a scuffle, and the new characters integrating the nation! When we are United internally, a strong army and a strong economy – the us or Russia is not terrible, nor the West with the United States will not be able to dictate the conditions. And until we solve those situations that you have.”

Stepanov said that he highly appreciated the professionalism of our law enforcement officers. “Their task is not an ideology to create and to maintain law and order, to prevent violations of the law and anti-state actions. I, as the head of the Odessa region, I think, with this challenge. Odessa on may 9, was a city much more peaceful than the capital and the Dnieper. And once again, it is an achievement of coordinated work of all security forces. We held multiple meetings in preparation for the may. We got a great result on may 2 and showed that to shake the peaceful life in Odessa won’t be possible neither the separatists, nor the radicals,” he wrote and noted. “Yes, they were minor incidents, but overall I’m pleased with how we spent those days. Odessa is calm. The city and the region will be order!”