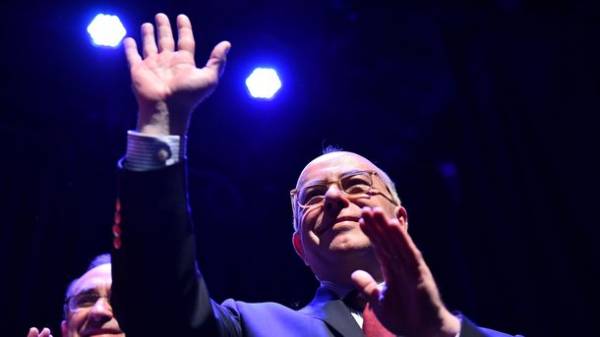 Outgoing French President Francois Hollande today received the resignation of Prime Minister Bernard Kazneva and the government in anticipation of the entry into the powers of the elected head of state of Emmanuel Macron. This is stated in the documents distributed Elysee Palace on Twitter, reports the TV channel “112 Ukraine”.

In particular, it is noted that the Penalty asked for the resignation in accordance with Republican tradition, since the constitutional Council had earlier announced the official results of the presidential election.

Hollande, in turn, have supported this decision.

As reported today, may 10, the constitutional Council of France approved the results of the presidential elections and declared them the winner of Emmanuel Macron. Thus, the Makron will take office after the end of his presidency, Francois Hollande, in accordance with article 6 of the Constitution of France, no later than may 14, 2017 until midnight.

We will remind, on may 7, was held the second round of presidential elections in France. Final figures from the interior Ministry, the founder of the movement “Forward” Emmanuel macron prevailed with a score of 66,1%, the candidate from the party “national front” marine Le Pen scored 33.9 per cent of the votes.