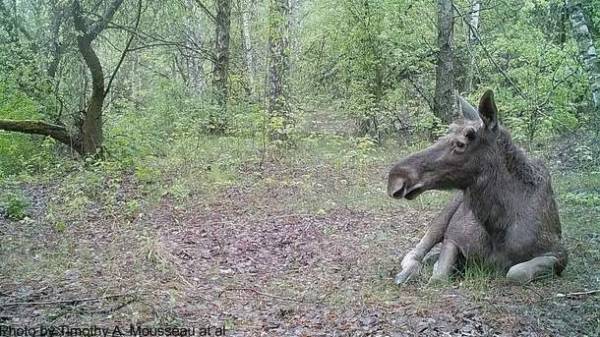 Since the accident at the Chernobyl nuclear power plant was held 31 years. To the man-made catastrophe, this part of Ukrainian Polissya was considered one of the most developed regions. But after the 30-kilometer exclusion zone has left the people, nature gradually began to recover. And, as it turned out, the evacuation and the cessation of economic activity are positive factors, which largely outweighed the effects of radiation, scientists tell. Today the exclusion zone is a unique area for studies of radioecologists, but also to monitor the development of flora and fauna in a deserted area.

In the future scientific potential of this area will only grow. Last year the President of Ukraine Petro Poroshenko has signed the decree about creation on the territory of the exclusion zone of the Chernobyl radiation-ecological biosphere reserve. At the end of March 2017, the reserve was legally registered, and, in fact, begins its work. It is planned that it will cover two thirds of the territory of the exclusion zone.

As the head of the State Agency for exclusion zone management (DSV) Vitaliy Petruk, if earlier, the primary function of the exclusion zone was a barrier to prevent the spread of radioactive contamination – now the reserve will be able to concentrate on research activities.

“First and foremost the activity of the reserve will be focused just on science, on international activities and on the organization of the reserve,” said Petruk.

In addition, the format of the reserve is a more intuitive mechanism for international cooperation and involvement of potential donors for the development of this site.

However, due to the fact that the reserve is on the territory of the exclusion zone, which is a sensitive area, special conditions for the admission of visitors has not changed.

“The law on the exclusion zone has not been canceled, and remains a limitation of territory, and different forms of control of radiation safety, this reserve will be some specific features. But its primary role – preservation of biodiversity – it will perform,” says the head of the group of radiation-ecological monitoring of SSE “Ecocenter” Denis Vishnevsky.

Immediately after the accident, something of that nature in the contaminated area will recover, it was not obvious, says Denis Vishnevsky. But within five years after the explosion, the ecological situation on the territory of the exclusion zone is gradually changed.

“With 90 years marked a period of stabilization. It became clear that the Chernobyl accident has not brought the total damage to natural complexes that, on the contrary, evacuation of people and the cessation of economic activity is a positive factor that outweighs the power of the radiation that is increasing the number of the background species, and over time began to appear rare species, which are listed in the red data book of Ukraine”, – said Wisniewski.

So, with this site gone, those species that have been associated with man – pigeons, house mice, rats, sparrows, pigeons, swallows, white storks and others. On their place gradually started to come wild animals – bobcats, bears, deer, appeared black storks. 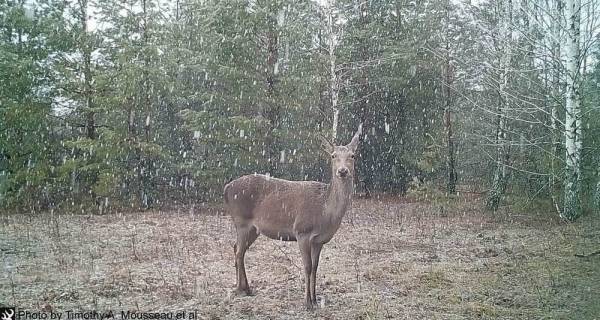 “At first, when I was agricultural activity were among the types. For example, the house mouse. And then, when farming activity ended, the house mouse has disappeared. However, there are other types, those voles that were previously found in small quantities and due to the fact that the house mouse dominated, and because of that was the influence of anthropogenic load. Now those populations and systems that existed prior to the agricultural activities come back,” says Junior researcher at Institute for nuclear research of NAS of Ukraine Olena Burdo.

Due to the fact that the animals live in areas with different pollution level, eat what grows in a territory, in the body of these animals has a different number of incorporated radionuclides. These chemicals have throughout the ecosystem in the exclusion zone, for example, the mushrooms and the trees, says Burdo.

After the accident, the most severe radiation environment badly damaged part of the pine forest, which was adjacent to the Western side of the station. As a result of irradiation killed 5-10 square kilometers of pine forest – the so-called Red forest. Most of these trees after the accident was buried. Ultimately, this area is overgrown with various trees and shrubs, and which do not turn brown, despite the high level of contamination, although this area remains one of the most contaminated areas in the exclusion zone, says Deputy Director for science of the Chernobyl center for nuclear safety, radioactive waste and radioecology Sergei Gusak. 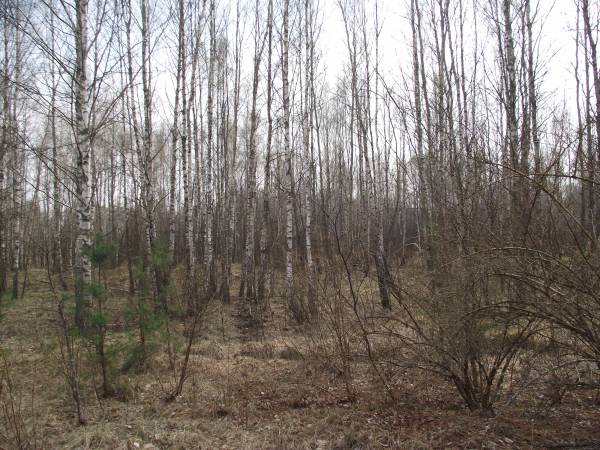 “Here occurred the first loss after an explosion, and then – after the fire. As a result, there were very high dose rates. And scientists, if something did, then it was fast running out. The result of the first years of the accident is known not so much,” says Hasak.

In the 90-ies, when the dose levels have fallen about a thousand times, the Red forest began frequenting the scientists, but then their interest in this place has declined. Now here come the certain groups of scientists, since it represents an outside laboratory experiments and reactor you can see how high levels of radiation can affect living organisms. 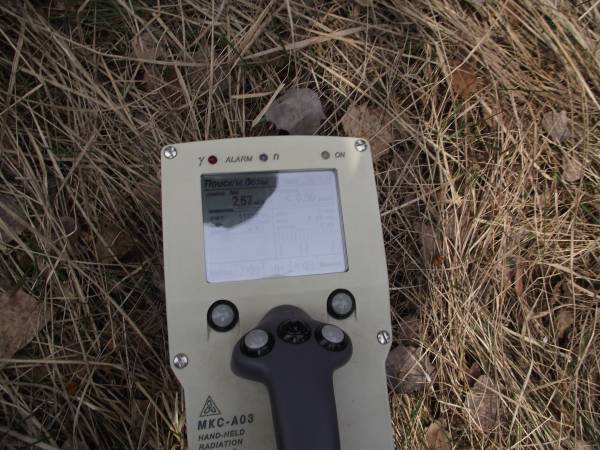 Before the accident, it was an industrial area with a large anthropogenic influence – city, building, roads, plots. Now here is an absolutely wild area, species diversity where you grew up. At the same time, the fact that the flora and fauna in the exclusion zone may be poorer than in other regions of Ukraine, is dictated only by the fact that the poles generally poorer than in the neighboring areas, said Gasak.

“It is home to all organisms for which these conditions are suitable,” he says. Of animals one can meet elks, ROE deer, deer, wolves, lynx, hares, Przewalski’s horses, which were brought here specially. Recently scientists were able to fix the appearance of a bear. The common birds are grouse, hazel grouse, black storks and owls. 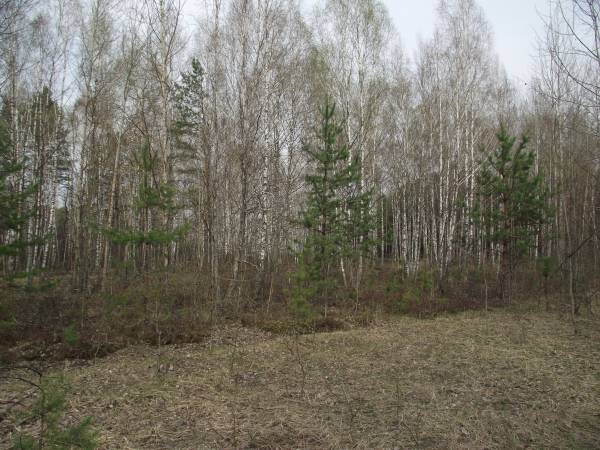 GAMAK notes that animals do not have natural radiation, i.e. radiation not feel, therefore, live in this territory with all the ensuing consequences.

“After the accident, the consequences of these expressed and destruction, and diseases and disorders of reproduction and development disorders… genetic effects, cancers, deformities, etc. But most of the organisms for which these effects were vital, died so early that in the hands of scientists, they have not got,” he says.

He notes that to judge visible effects of radiation on trees, for example, impaired development of the branches or needles. With animals is difficult – they look fine. But in the study of blood and tissue, scientists have observed a wide range of effects which, though not always cause death, but creates certain problems.

“Animals radiation do not see, do not hear as humans do not perceive. Of course, this level is far from those values that would cause a definite death or a sharp decline in viability. But, however, radioactivity collects his harvest, but in nature there is balance – the positive impact of the absence of the person and the negative impact of radiation. Fortunately, no human outweighs”, says Denis Vishnevsky.

In fact, he says, scientists in the exclusion zone can only catch animals of the winners, i.e. those who have passed several stages of natural selection, including the effects of radiation. The individual with reduced viability in nature is easily destroyed, so in the process of observation, scientists do not see all the animals, but only those who have managed to survive in the wild.

“The Chernobyl contaminated area was unevenly distributed, there are areas more polluted are cleaner, there is even cleaner than in the center of Kiev. Since the accident, there was a constant destruction of the radionuclides, so the radiation doses that were in the first years after the accident, and modern is loads that has changed tens of thousands of times. Accordingly, it is now no longer the problems that existed then. This is the first. Second, it happened as if the stimulation of all organisms to the counter. The weak die, the strong remain more. And, so, in General, those who live here now are no different from those who live somewhere else. But experiments have repeatedly shown that if they brought a new one, they have a lot more problems than those who live here,” – said Sergey Gusak. 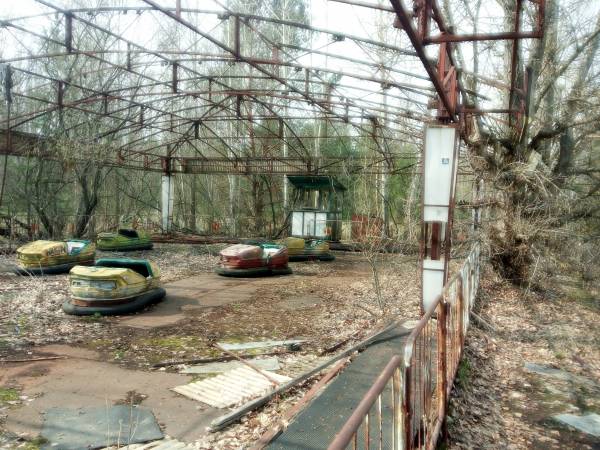 According to Vishnevsky, the city of Pripyat for animals is not very interesting since there are many construction projects and little grass. So the city mostly inhabited by mice, rabbits and foxes, and larger animals pass it on when moving around site. Periodically go to the city wolves, once scientists have documented lynx. But more interest animals are abandoned buildings outside of town. For example, Przewalski’s horses love to sleep in abandoned farms, fleeing from the wind, rain and midges.

The cooling pond is a huge man-made pond, which was used for the needs of the station. It has an area of almost 22 square km, 1% of the territory of the exclusion zone. To destination it stopped using in 2000, when the Chernobyl nuclear power plant decommissioned. Years later the pond became a lake system. The cooling pond into a system of lakes and Islands

“Before, there was a continuous water mirror. And now, due to the fact that dropped the water, turned into a system of lakes, Islands, for the birds, it became extremely interesting,” says Denis Vishnevsky.

In the exclusion zone, scientists were able to record 185 species of birds, although Wisniewski suggests that there may be about 250. In the area of the cooling pond are white-tailed eagles, sandpipers magpies, black storks and other birds characteristic of woodland. According to the ecologist, and over time, there may appear more migratory birds, since the cooling pond is completely dry and will turn into a wetland area.
In addition, the usual reservoir and fish different river types, left over from when the pond was created out of the Pripyat river, lake and those species, which are bred in the local fishing sector.

Read also: Special on the 30th anniversary of the Chernobyl accident

Note that Chernobyl radiation-ecological biosphere reserve will occupy 2/3 of the territory of the exclusion zone. At the same time, approximately 10 km around the station will be a zone a special industrial use. This is the area where now is a row of objects of the Chernobyl NPP. In this part of the exclusion zone will be performed works on improvement of infrastructure for radioactive waste and spent nuclear fuel.

In addition, this site has solar panels for electricity generation. So, as suggested by the head of DASU Vitaliy Petruk, the first solar panel can appear on the territory of the exclusion zone already in 2017.