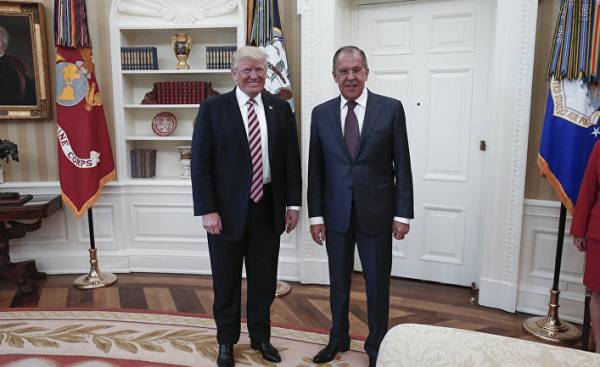 Washington — Russia is convinced that Donald trump is a pragmatist and is willing to “negotiate”, said the Minister of foreign Affairs Sergey Lavrov after talks in the White house with the US President, which reminded Moscow about the “terrible massacres” in Syria.

This was the first meeting of such a high level between Moscow and the American leader ever since, trump won the presidency on January 20.

According to Lavrov, they discussed the easing of sanctions imposed by the US in response to the annexation of Crimea and Russia’s role in the crisis in Eastern Ukraine, but spoke of a de-escalation in Syria, another source of tension in relations between the Kremlin and the West.

Lavrov said the new US administration is easier to deal with than with the team of the previous President Barack Obama.

“The trump, and the President and Secretary of state (Rex Tillerson) — I today once again convinced the business people and they want to negotiate not in order to show someone some of his achievements in the field of ideological preferences, and negotiate to solve specific issues,” — said the Russian Minister at a press briefing in Washington.

He expressed confidence that President of Russia Vladimir Putin and trump will meet in July on the summit of the countries “Big twenty” in Hamburg.

“We were very, very good meeting with Mr. Lavrov,” said trump to journalists after.

“We want to see an end to murders, horrible murders in Syria as soon as possible”.

In February trump, showering a hail of criticism for praising Putin in the election season, has questioned the very possibility of meeting.

Representatives of his administration’s repeated claims against Russia over the annexation of Crimea and the methods of warfare in Syria and intelligence agencies and lawmakers are investigating accusations of Russian interference in the American election campaign. Putin denies involvement in hacking attacks, and that has dirt on trump.

“Russia has nothing to do with it”

On Tuesday, trump made a surprise by sacking the head of the investigation of the FBI Director James Komi and explaining that the poor performance of the latter.

The New York Times reported that a few days before the dismissal of the head of the FBI has requested increased funding and personnel to investigate the alleged interference of Russia in the U.S. presidential election. Democrats in Congress compared it to the Watergate, which has led to impeachment of President Richard Nixon, and require independent investigation.

American CBS TV channel quoted Putin who said that Russia has nothing to do with the resignation of the Director of the FBI, and that the latter will not affect relations between Moscow and Washington.

The relationship between the U.S. and Russia deteriorated after the missile strike the US on the Syrian air base in response to killing children and innocent adults to chemical attack, which Washington blamed Syrian leader Bashar al-Assad.

After that, the head of the state Department, former head of oil giant ExxonMobil Tillerson visited Moscow, who built him a cool reception, and trump and Putin is an equally grim spoke about the relationship between two major nuclear powers exchanged barbs.

But Lavrov said in Washington that a team of trump is a “people business”, and the Russian-American dialogue is now “free from ideologized”.

Trump has repeatedly expressed the hope to expand cooperation with Moscow in the fight against “Islamic state” (banned in Russia organization — approx. ed.) and international terrorism.

American General, commander of NATO forces in Afghanistan, suspected Russia of supplying weapons to the Taliban. Lavrov said that “we are working with the Taliban” for the sake of realization of the decisions of the security Council of the UN.

“The Taliban should become part of the political process, if they recognize the current Afghan Constitution, renounced violence and will have nothing to do with the terrorists,” — said the Russian Minister. 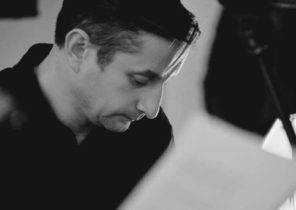