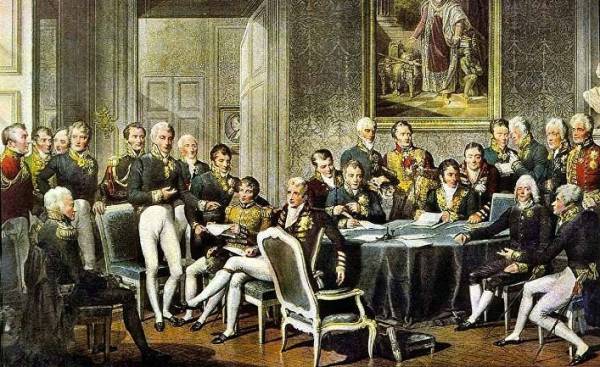 This hymn was sort of a joke. Take the tune of “O Tannenbaum…” and attach the text to the village without a state: “Altenberg, Altenberg, I really appreciate you”. Sounds like something that could come up only for Christmas or carnival. Some say that all the microstate was only a joke, a joke. Territorial a joke at Aachen. Pseudo-nation, which however lasted longer than a century. From 1816 to 1919 there was a Neutral Moresnet, the size of which was four for five and two kilometers.

Andorra, Liechtenstein, San Marino: we all know that such a small country. But as was the case with a Neutral Moresnet? David van Reybrouck (David Van Reybrouck), a Belgian historian, who in 2012 became famous for a story about the culture of the Congo and about whom the defence “Against elections” last year, many argued, presents us in his recent book “Zinc” pretty fancy part of Europe.

The Congress of Vienna did not come to a consensus

This area is left without a state during operation of the Vienna Congress, the same conference where Europe after the fall of Napoleon again brought in the order of their borders.

And only about one place in the Aachen negotiators from Prussia and the newly created United Kingdom of the Netherlands in 1815, just could not agree. Just on the ground around a zinc mine Calamine Altenberg (Kelmis-Altenberg) each member of the conference to draw the line so that the zinc does not got to the neighbor, because he could him to do something.

As a result, mutual territorial claims there was a triangle without a state, whose identity only became clear during the signing of the Treaty of Versailles in 1919. For over a hundred years and was not a decision that was also connected with the fact that since 1830, Belgium took the place of the Netherlands, and since 1871 the place of Prussia came the German Empire.

Constantly changing the responsible authority, all the while there were new interests, but most importantly — most of this land was not showing any interest to clarify the situation. And at some point in history, is a temporary formation became a kind of attraction, the point of contact of the four countries (by the way, the only one in Europe), which willingly sent postcards.

Zinc is an important metal

Even the Roman historian Pliny knew about the deposits of zinc in the province of Germany. And as in the mines of Calamine has long been mined zinc spar, then place on old maps was known as Altenberg. In the “yellow brass”, that is brass, zinc for centuries was used everywhere, for example, in the manufacture of chandeliers and coins. But in its pure form it was opened only in the 18th century. Zinc is cheap, easy, and is a metal that does not rust.

At the peak of industrialization, this zinc mine was supplying all over Europe, writes van Reybrouck that the 19th century simply calls the “zinc age”. As examples he cites everything from buckets and watering cans to the hull.

Lightweight Hiking bath Napoleon, too, was of zinc, as well as all gutters and edges of roofs in Paris. Baron Haussmann (Haussmann), the famous planner of the city, ordered that in the contemporary French capital, all the roofs were made of zinc. And most of the zinc came from the Neutral Moresnet. “When in Paris it is raining, the drips Calamine”.

Phrases like this show that van Reybrouck could poetically describe European small country with deposits of the metal, not worse than the great country of the Congo.

And zinc tip in the middle of Europe really was something. As a result of his “statelessness” and neutrality in Altenburg — Calamine has not been judges, elections, military service. There was only the mayor — a total of five people for 103 years of history. Nevertheless, there was no anarchy, because on social issues and the work looked after the mining firm.

Perhaps that was no accident that the place was considered a curiosity of international law, dreamed of understanding between peoples. In the late 19th century Neutral Moresnet became the designated homeland of Esperanto.

Amikejo — the place of friendship

Invented in 1887, an artificial language, which was to promote the international rapprochement of peoples, is ideal for the neutral in this regard Moresnet. The country was renamed the Amikejo, “place of friendship”. Even today, going to Wikipedia, you can read about Neutral Moresnet suspicious lot in Esperanto.

Van Reybrouck wrote a graceful essay (for the Dutch book week in 2016), the filigree is built and its structure is masterly. Van Reybrouck tells not only about the facts, it also shows that this “stateless” piece of Europe did with its inhabitants. The main figure of his social history of the country has become Emil or Joseph.

A man whose two identities, five nationalities and eleven children. Josef, perhaps not coincidentally in 1903 was born in the Neutral Moresnet (where he died in 1971). His mother, Mary Brixen, fled here to give birth to her illegitimate child, after her master in Prussia, manufacturer, raped her in düsseldorf, right on the job.

That it is necessary to add: Neutral Moresnet experienced a surge and increased the number of its inhabitants, 256 (1815) to 4668 (in 1914). During the 19th century it became the home of smugglers and deserters, miners and fallen girls from all over Europe.
Emil and nationality

When Joseph was four years old, Maria gives it to the adoptive family. As there is already one Joseph, the boy began to call Emil. Emil married, becoming the father of eleven children and working — first at a zinc mine, later a Baker. Van Reybrouck talks about him as one hero von Kleist, whom the times and events were tossing from side to side.

“Not moving never and nowhere, he became a citizen of a neutral microstran, subjects of the German Kaiser, a citizen of the Kingdom of Belgium and the subjects of the Third Reich. Before he will again be a Belgian, after the fifth change of nationality, taking him as a German prisoner of war. He didn’t cross any borders, borders themselves passed through it, said van Reybrouck, describing events in the life of Emile in 1945.

Identity as that of a piece of zinc ore

Perhaps the most impressive offer in this informative novel “Zinc” tells about the person whose “identity like a piece zinc ore, which was melted, so he could only be disappointed.”

Robert Macfarlan (Robert Macfarlane) (“Map of the wilderness”) writes about the rogue. Alastair bonnet (Alastair Bonnett) collects geographical jokes. And geographical imagination are also based and cultural-historical essays that historical content mixed in with real persons make it as a single novel.

Patrick Marnham (Patrick Marnham) the principle of “snake dance” on the subject of uranium brought to mastery. David van Reybrouck used this principle in his work about the Congo, and now in a short version of the novel about the “stateless” education, which existed only because there was a zinc.

Life outside the state as a curse

Zinc, if it be read carefully, is also a story about how the lack of belonging to any state to residents of this area may be a curse, it was in the 19th century, when everything was based on nationality. Later, in the 20th century, in Europe people could not exist outside of the state.

Describing Neutral Moresnet, van Reybrouck recalls clock, which shows five minutes after half-past five. A sort of picture of the irreversibility with which European event streams walked on this piece of statelessness.

Since 1919, the Neutral Moresnet history. Zinc mine, which was temporarily established micronation, with the 50-ies has already been closed. And today, according to van Reybrouck, only yellow violet recalls the former dwarf state.

A kind of violet, which comes in zinc-rich lands in the vicinity of Aachen. So Neutral Moresnet still exists as a country of yellow flowers, which are no longer needed anthem to the tune of the song about the “Tannenbaum”. 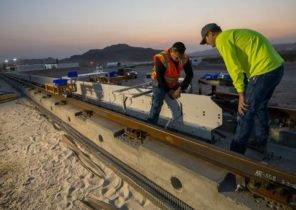