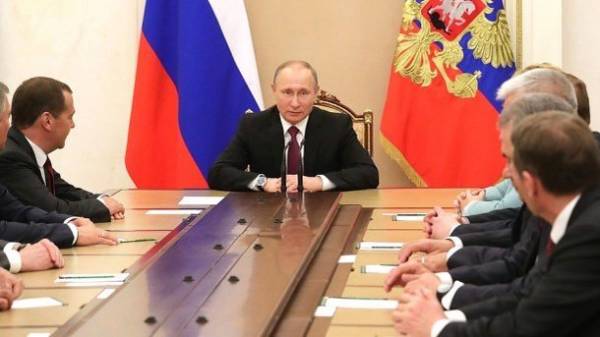 Russian President Vladimir Putin to remove his present surroundings. About this in Facebook wrote Russian journalist, writer and blogger Alexander the Centurion.

In his opinion, Putin’s power in Russia comes to an end, and he ironically suggested a few options, as the Russian leader to extend his stay in power.

“I would be prepared to get off SWIFT and was introduced in the country some kind of map on which the subordinate slaves could pay for their purchases and taxes. I would have selected from the population of all foreign devices that can access the global Internet and requiring them either to register with the FSB or switch to something domestic – a squeaky, antediluvian, but its. I have declared the exchange of passports (that he has not done, but I guess will do). Wishing to passport will need to prove its solvency and to pay lump sum tax of 1 million All of this, I think, will soon be implemented. Something is already being implemented, something- in plans,” wrote the Centurion.

He stressed that Putin is more dangerous is that his current environment, which itself can get rid of his master at some point.

“The only catch: the environment. It somehow does not want North Korea in the scale of Russia, and they did not smile eternal worship Putin. So they banged him for sure. Quietly banged. In General, I don’t want to be in Putin’s place. Poor them to be. Too dangerous,” he added.

Earlier, the Russian-American historian Yuri Felshtinsky was expressed that Putin’s regime may take power in Russia only in the case of a military catastrophe-the global military conflict.

In turn, Russian political analyst Mikhail Savva said that the re-election of Vladimir Putin as President in 2018 will bring Russia to collapse. In his opinion, Russia is facing the secession of several regions and socio-political turmoil because of the current Russian leader.