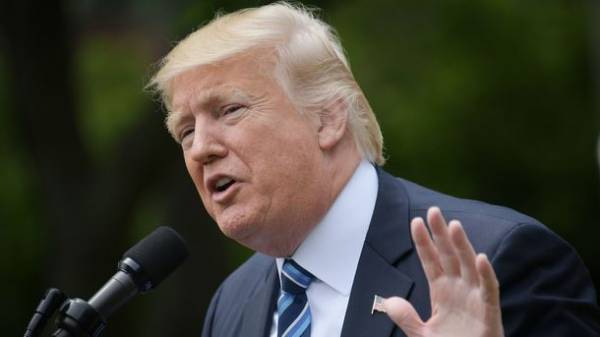 The US President Donald trump has extended for one year sanctions against the Syrian government. About it reports a press-service of the White house.

“Extend for one year the national sanctions regime in connection with the actions of the Syrian government,” – said in a signed trump notice.

The paper recalled that the first sanctions were imposed against Syria in 2004 “as a response to the unusual and extraordinary threat to the national security, foreign policy and economy of the United States.”

Now, however, as follows from the document, “the United States condemns the hard violence and violation of human rights by the regime (Syrian President Bashar) Assad and urge the Assad regime to stop the violence against the Syrian people, to respect the ceasefire, to ensure the delivery of humanitarian assistance and to facilitate political transition in Syria.”

We will remind, earlier it was reported that he became known date of new negotiations on Syria.