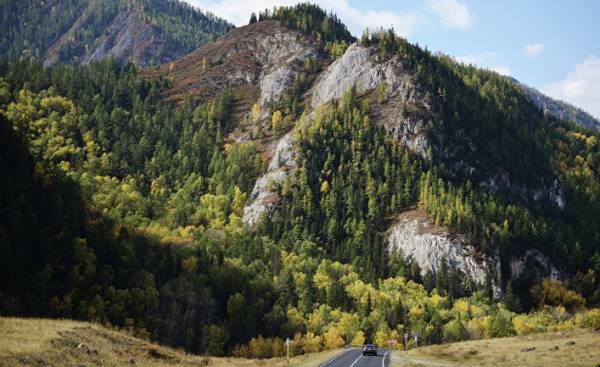 Russia, except for Red square, cruise along the Volga or the museums of St. Petersburg can hardly be called an attractive country for the discerning tourist. Most cities are not very beautiful, the people are surly and look terrible.

When I traveled to Russia, Russian and call me crazy — they just didn’t understand why I went in their huge country, not to Thailand or Mallorca. While in Russia it is possible to fall in love, if to take for granted her some specifics. This will help you the following ten tips.

Not to trust the first impressions

When you are in Russia go to the store or a restaurant, you call it at approximately the same joy as a medium-sized cockroach, which they found on the door jamb. First they ignore you, then seen as a stimulus, because you his appearance broke their peace. And finally, the price for the services they declare to you the way of movie villains utter the phrase “I’ll kill you!”

However, I repeatedly noticed that in the process of communicating the mood of the opposite side was changed for the better. In broken Russian I asked how to get to the station, and the person to whom I spoke, suddenly found a lot of time to show me the way, and he asked where I came from and where you’re going. Then I ordered an extra portion of pancakes and got a coffee. Often enough to show a little more patience and ease to give the person a chance to “thaw”.

One of the most beautiful roads of Russia lies between Gorno-Altaisk and Kosh-Agach in the Siberian Altai. This is an unforgettable journey along a mountain road at an altitude of about 4,000 meters above sea level, with wild camels and swift mountain rivers and on roadsides. And in the evening you can spend in the bath. However, the journey should be prepared in advance — for example, to visit the immediate surroundings 4800-foot of Belukha mountain, you will need a special permission which must be requested in a few months.

In Russian there are many different traditions: for example, before a long journey, they sit “on track,” they rubbed noses sculptures, afraid to whistle in the room and not look in the broken mirror. Perhaps, in any other country in the world there is such an abundance of superstitions, and many locals are happy to talk about them visiting guests.

Whether these superstitions have something special, anyone can verify for themselves, like when he has something goddamn. Here in this context, what are the signs:

— if my nose itches, then you have the booze;

— if the lip itches, you will kiss;

— if the left hand itches, it is the money;

— if the right hand itches, you will meet with a friend;

— if scratched neck, then you’ll have something to celebrate or come to blows. Maybe you have both.

— if you have itches all at once, you should probably consult a doctor.

To find out what “nedoperepil”

Of course, traveling to Russia, it is impossible to avoid “get-togethers” with the use of “the most honest drink in the world” (because vodka is tasteless, and only causes intoxication). The most important rule: never mix it with other alcoholic drinks and drink with plenty of snacks, for example, with pickled mushrooms, smoked fish or boiled potatoes.

During or after this feast you will get acquainted with several new words: “booze”, “nedoperepil” or “parched”.

Perhaps, there is in the world the best place would be worth to go to the ballet than to the Mariinsky theater in St. Petersburg. This year it celebrates its 235th anniversary, but the opening ceremony of the season during this time little has changed. Fabulous scenery, creaky floorboards, coronoary huge chandelier under the ceiling. And each evening the dancers and musicians create something that is now almost synonymous with Russia: the ease, beauty and elegance.

To travel by train

Of course, the vast distances cause a great temptation to travel by plane. However, without a long journey by rail, with an overnight stay under the sound of the wheels, with instant noodles for dinner and a couple shots of booze to understand Russia it is impossible. That is traveling to Siberia, you will get an idea about the real size of the country, when you within 18 hours will have to look out the window at endless birch forests.

Lyrics and video for the song rock band “Leningrad”, which you will find abundance on YouTube, will give you an idea of what filled the lives of a young generation of Russians.

I must say that, in spite of their grotesqueness, these songs are partly, in fact, true: they are watched by millions of Internet users, and the singer Sergey Shnurov known for their vulgar escapades, lives rock-and-roll like no other. I recommend to listen to his songs in preparation for the trip to Russia, but I must warn you that they are not worth listening to in the presence of conservative native speakers of Russian due to the presence of many expletives — the so-called “Mata”.

To learn the Cyrillic alphabet

Although the study of the Russian language will undoubtedly be can be called a serious challenge to read the inscription on it is easier than you might think. A couple of days, you will learn letters and will be able to easily read street names, menu items or labels on billboards. And since many words are in tune with German and English, you will be pretty easy to navigate.

To get acquainted with cultural diversity

Some national minorities in Russia has its own very distinctive culture, and in the course of the trip you may have the feeling that you are visiting not one but several countries.

So, in the Buddhist Republic of Kalmykia, you will see temples, typical for Tibet rather than to Moscow, and guttural singing in Tuva will cause you the feeling that you are not in Russia, but somewhere in Mongolia. And in Yakutsk, the coldest major city in the world, you can taste the sour Mare’s milk or fish, served in an ice block and to learn many interesting things about the elves, the legend of which can compete with the Saga “the Lord of the wheels”.

Eating dumplings with sour cream, you risk to become dependent from this dish, and the fact that literally the name translates as “mother bread”, will not have any value. And in the capital of Udmurtia, Izhevsk this “Russian ravioli” is even a monument with a height of several meters. And I must say that the dumplings this monument deserve.