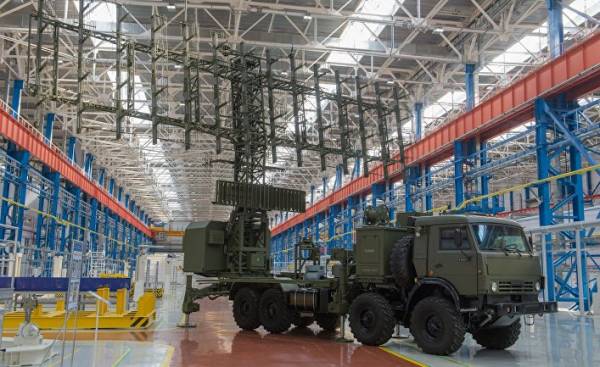 Russia and China are actively developing new types of weapons and military equipment to counter American dominance in space, says expert assessment of the us intelligence community. I must say that in this framework the two countries are considering the creation of weapons capable of attacking U.S. satellites and other orbiting objects, space-based.

“Our assessment is that Russia and China consider it necessary to neutralize U.S. military advantages that they give military, civil and commercial space systems, and are increasingly focusing on issues of attack on such systems in the framework of its doctrine of a future war, — stated in the testimony of Director of National intelligence Daniel Coates (Daniel Coats), which he gave on may 11 the Congress. — Both countries will continue to develop a whole range of anti-satellite weapons, seeing it as a means of reducing the military effectiveness of the United States.”

The two great powers seeking to nullify American advantages in this field, continue development of such systems, contrary to public statements about the need to curb the arms race in space. “Russia and China remain strongly and actively create the means to counter potential adversary in space, especially against the United States of America, and at the same time, in public and in the diplomatic sphere oppose the placement of weapons in orbit, saying that the first will not do, said Coates. — They continue such actions, in spite of the diplomatic efforts of the US and its allies aimed at non-proliferation threats to the peaceful exploration of outer space, including through international cooperation in the framework of the UN”.

Based on the attacks on U.S. space objects will likely not kinetic, electronic and cybernetic. “In developing a weapon they most likely will focus on the creation of electronic countermeasures military satellite communication systems, radar with synthetic aperture satellite-based and global satellite navigation such as the us GPS, says the testimony of Coates. They will certainly integrate electronic warfare and cyber attacks, creating the most modern systems to counter and disable the information networks. Chinese scientists are discussing methods of improving means of jamming through the creation of a new block of frequencies for General use. Russia intends to modernize its forces, electronic warfare, and by 2020, to adopt a battle EW equipment of new generation”.

But in the case of electronic warfare and cyber weapons will not ensure the implementation of the tasks, the Russians and the Chinese are ready to apply kinetic force to the physical destruction of American space objects. “In the coming years, the Russians and the Chinese can complete the development of a new, highly destructive ASAT weapon systems, said Coates. Russian military strategists believe anti-satellite weapons an integral part of its comprehensive program of re-equipment in space, and probably develop a diverse system of fighting with the satellites in all orbital regimes.”

And China here will adopt a ready-to-use anti-satellite weapons. Both great powers are also developing energy directed energy weapons to fight against American satellites. “Ten years have passed since then, China has carried out the interception of its own satellites in low earth orbit, and today close to the time when, the PLA will adopt anti-satellite missile, noted Coates. — Both countries are successfully developing energy weapons directed action with the aim of adopting anti-satellite systems, can dazzle and incapacitate sensitive optical detection devices space-based. Russia is also creating airborne laser weapons to fight with the American satellites”.

In addition, the two countries will design satellites, which can interfere with other space systems, and, if necessary, to deal with orbiters of the enemy and destroy them. “Russia and China continue to implement the most modern orbital operation of satellites, such as the steps in the rendezvous and docking. At least part of these actions is carried out to test dual-purpose techniques that can be applied in anti-satellite anti — said Coates. For example, research in the field of space robotics for the servicing of satellites and removal of space debris, which can be used for causing damage to enemy satellites. Such systems would create large problems in the future, preventing US to assess the situation in space, to recognize the intentions of the enemy in space and provide early warning about threats”.

Thus, time does not stand still, and the Pentagon will have to invest additional funds to maintain American superiority in space.