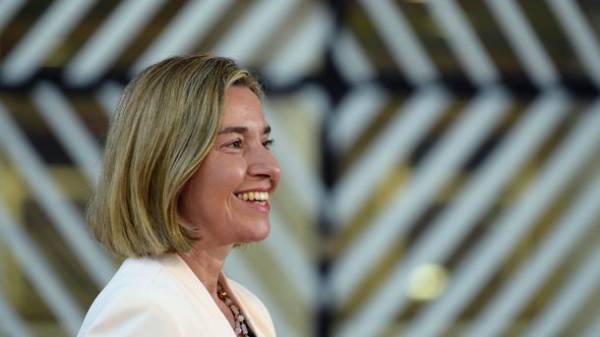 The head of European diplomacy Federica Mogherini said that in the near future, the EU plans to announce the simplification of the visa regime with Ukraine. On Tuesday, may 9, reports TASS.

“We stand by our Eastern partners strengthen their economies and public bodies, their vitality, and in just a few days we will announce the agreement on simplification of visa regime with our Ukrainian friends,” she said during a speech at the meeting of the UN security Council.

On April 26 the President of Ukraine Petro Poroshenko announced the approval of the ambassadors of the EU of visa-free regime to the country.

The liberalization of the visa regime with the EU is one of the objectives of foreign policy of Kiev. On 6 April the European Commission’s proposal to abolish visas for citizens of Ukraine supported by the European Parliament. Voted for the decision 521 MEP, against 75, abstentions 36 members.