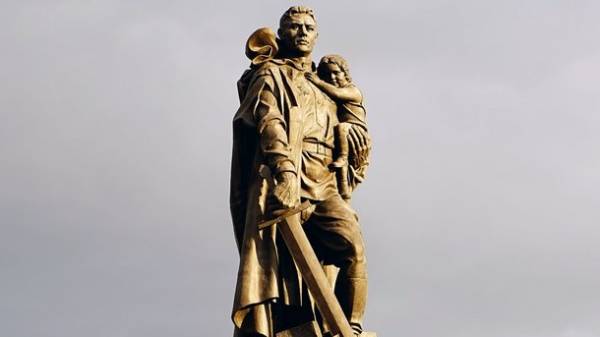 May 8, 1949 in Berlin’s Treptow Park was opened on 13-meter high monument to the liberator Soldier with sword and broken swastika holding a rescued child. In 2014, the Bundestag filed a petition to remove as the Warrior-liberator, and Soviet T-34 tank located nearby. Bundestag representative Georg Streiter said: “the Requirement to demolish the monuments is contrary to international agreements. In 1990, Germany formally pledged to take care of monuments to Soviet soldiers in Berlin”.

For several years the Estonian authorities tried to move the two-meter monument “Bronze soldier” from the center of the capital at the city military cemetery. On the hill tõnismägi, where in 1944, were buried two of the red army, and then pohoronena 11 more bodies, he stood from 1947 to 2007. In 1992 was extinguished the Eternal flame, and two years later, unknown persons stole the bronze plates with tombstone inscriptions. Today the burial place of red army defeated city Park, but the Bronze soldier stands in a cemetery, but without the image order of the Patriotic war. 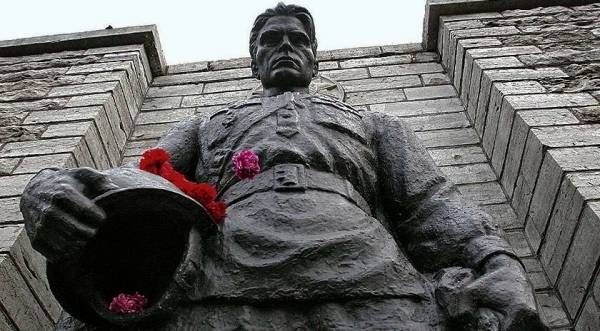 IN ISRAEL, THE MONUMENT APPEARED IN THIS CENTURY

In 2012 in the coastal city of Netanya on the Israeli government’s decision opened the Victory memorial in memory of the victory of Nazism, the red Army soldiers, among whom were hundreds of thousands of Jews. The Israeli authorities themselves paid for the construction, which cost $2 million However, the idea of the monument is served through the suffering of the Jewish people in its history. “The design of the monument represents the history of the Jewish people from ancient times until the liberation of the Jews, from survivors of the Holocaust, from concentration camps”, — said in a release initiative group. 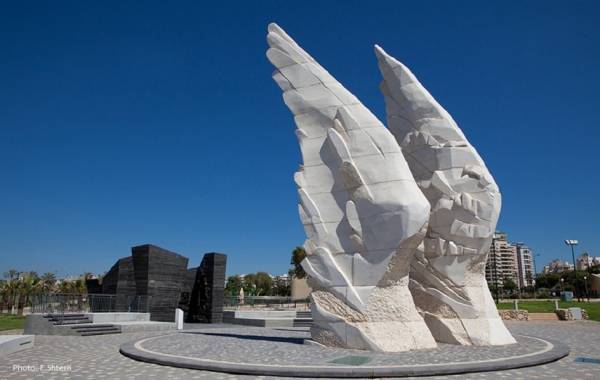 IN KUTAISI MONUMENT WAS BLOWN UP

19 Dec 2009 has been undermined by the memorial of Military glory in Kutaisi. He stood there for 28 years and was demolished, in its place there was a modern building of the Georgian Parliament. In the 2000s, at the monument to the first captured part of the bas-relief, and then stole two bells. 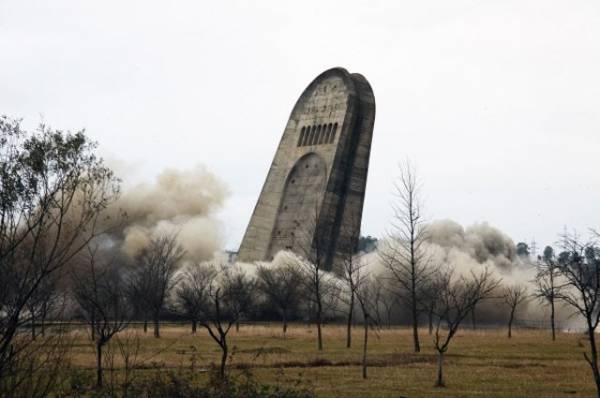 Thanks to the Supreme court of Bulgaria remains in the place of the monument to soldier Alyosha in Plovdiv, which was established in 1954. In 1996, the city Parliament decided to demolish the monument. 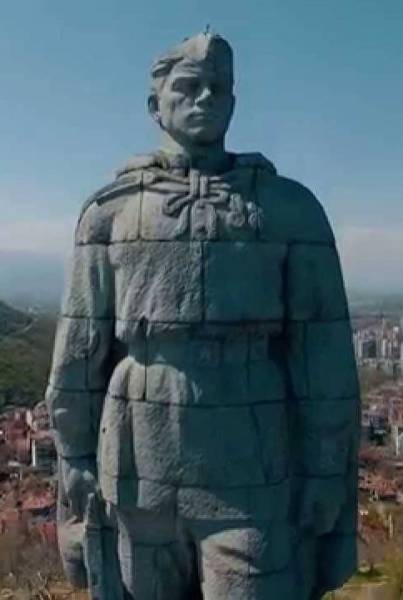 FROM THE MOUNTAIN “CAME DOWN” TO THE MUSEUM

In 1992, the sculpture of the Soviet soldier with the obelisk of Liberty on Gellert hill in Budapest were transferred to the Museum under the open sky of the leaders of the socialist era of Hungary. But the stele with a gilt inscription “glory to the Soviet soldiers-liberators” remains in the centre of Budapest, though constantly exposed to vandalism. The place is a gilded emblem of the USSR. In 2003, the Hungarian government financed the restoration of the stele.

IN ANTICIPATION OF THE DEMOLITION OF STEEL HEROES OF COMICS

In 1993, the Council of the capital of Bulgaria decided to demolish the monument of the Soviet army, established in Sofia in 1954 as a tribute to Soviet soldiers-liberators. While it is in place. In 2011, unknown repainted the statues of the heroes of American comics. 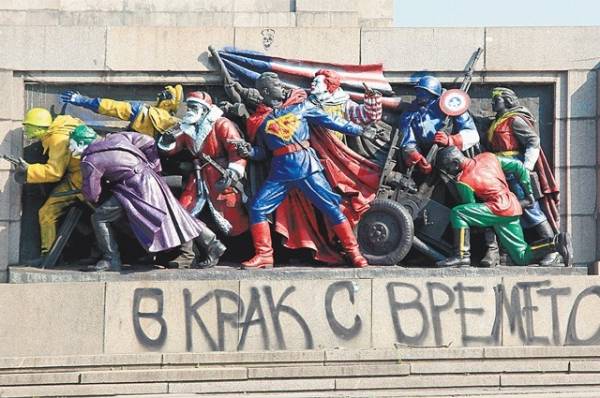