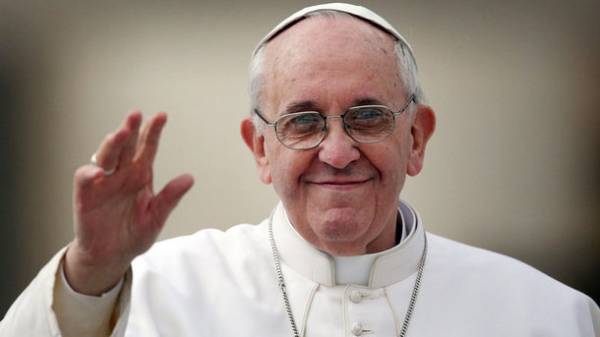 Pope Francis reacted critically to the title “mother of all bombs”, which the United States appropriated the most powerful non-nuclear shell of the GBU-43/B. Communicating with students, the Pontiff recalled that the mother gives man life, not death, reports “New time” with reference to Reuters.

“I was ashamed when I heard the name. A mother gives life and it gives death, and we call this device a mother. What’s going on?” – said Francis.

We will remind that on April 13 the United States first used the most powerful in their Arsenal of non-nuclear bomb GBU-43/B, dealing a blow to the positions of ISIS militants in Eastern Afghanistan.

The Ministry of defence of Afghanistan reported that as a result of the strike was destroyed by a network of caves and tunnels, which sheltered the terrorists, eliminated at least 36 ISIL militants. The terrorists information about the losses in denial.

Heavy duty explosive aerial bomb GBU-43 also known as the “mother of all bombs” (MOAB). MOAB is one of the biggest bombs. The exact weight of the bomb – 9 797 kg.

GBU-43 is equipped with a system of satellite guidance. Was first tested in March 2003, just days before the war in Iraq.