In Germany, residents of 26 cities protested for the legalization of marijuana in the country. According to Deutsche Welle, this year’s event “Global March for marijuana” is held under the slogan “Legalization makes sense”. It involves including people of Berlin, Stuttgart, Munich, Cologne and düsseldorf.

Earlier, the Bundestag adopted a law that allows seriously ill patients to obtain cannabis on prescription. Prior to the adoption of the new law in the country made exceptions in individual cases. In Germany, the cultivation, trade and possession of marijuana is punishable by law. For its legalization in the country are, in particular, representatives of “Green” and Free democratic party of Germany. 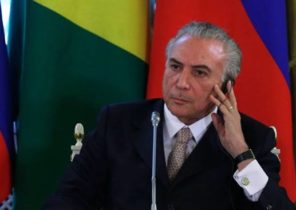 Temer with or without the crisis, which began in 2013, is nearing its next peak