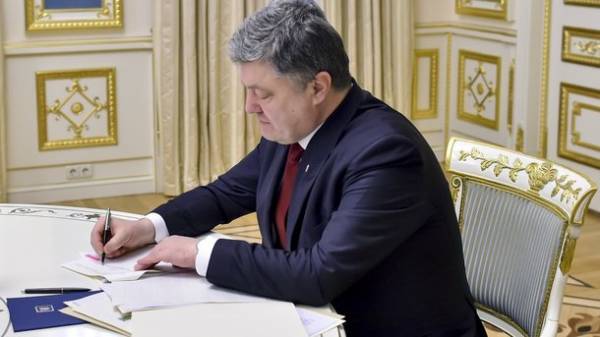 President Petro Poroshenko has awarded 159 members of the Armed forces of Ukraine, who showed courage in the defence of national sovereignty and territorial integrity of Ukraine, selflessly fulfilled their military duty. About it reports a press-service of Administration of the President.

Earlier Prime Minister of Ukraine Volodymyr Groysman said that the strengthening of the defence capacity of Ukraine in the interests of the entire democratic world.